Jessie James Decker Is Pregnant With Baby No. 3! 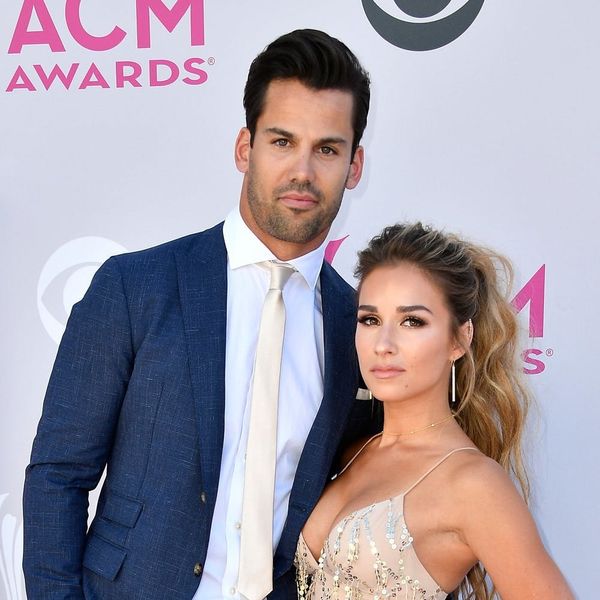 It’s an exciting day in baby news, and we’re loving every minute of it! On the heels of surfer Bethany Hamilton’s announcement that she’s pregnant with her second child, country singer and reality TV personality Jessie James Decker revealed that she’s expecting baby No. 3 with husband Eric Decker.

The soon-to-be third-time mom shared an Instagram video of the couple telling their little ones that a new sibling is coming, with the caption, “Eric and I are so excited to share with y’all that we are expecting baby Decker number 3!”

She also noted, “As you can see, Viv is so happy and Bub doesn’t quite know what’s going on, but we are over the moon and feel so blessed and can’t wait to meet this little one end of March.”

The 29-year-old musician married Decker, an NFL wide receiver, in June 2013, and the two opened up their lives to fans via their show, Eric & Jessie: Game On, which initially premiered on E! on September 29, 2013. Season two debuted in March 2014, the same month they welcomed their first child, daughter Vivianne Rose Decker.

They took a break from the cameras after Vivian’s birth and welcomed their second child, Eric Thomas Decker II (AKA “Bub”), on September 3, 2015.

Eric and I are so excited to share with y'all that we are expecting baby Decker number 3! As you can see Viv is so happy and Bub doesn't quite know what's going on 😂 but we are over the moon and feel so blessed and can't wait to meet this little one end of march ❤️

Last month, after three years away, they returned to the small screen with season three of Eric & Jessie (which you can catch every Wednesday night at 10pm ET).

Are you excited about baby Decker No. 3? Let us know @BritandCo!