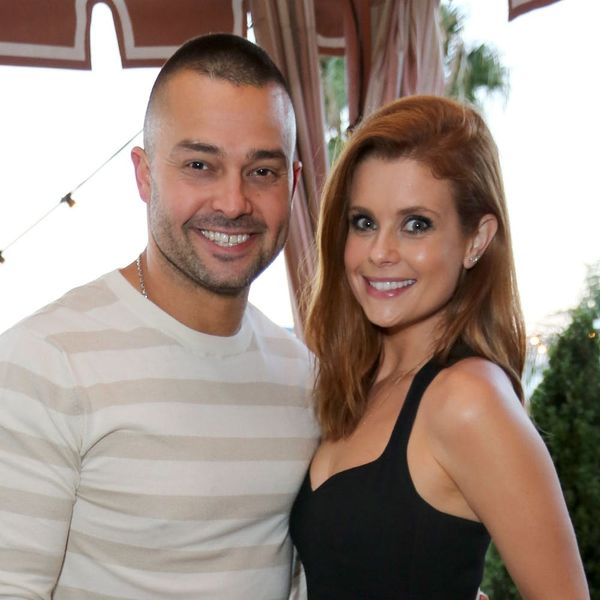 Congratulations to Reba actress JoAnna Garcia Swisher and hubby, Atlanta Braves’ Nick Swisher, for one of the most adorable pregnancy announcements of the year (so far!). Oh, and also congrats on the soon-to-be-arriving beautiful little baby!

The pair have just let the world in on their exciting news via Instagram. We already know that the new little Swisher is a second baby girl for the couple, who have been happily married for five years and already have a curly-haired cutie together.

Captioned with, “Nick, Emme, and I are so excited to finally share this news…” the family is all smiles.

But it’s little two year old Emerson Jay standing in her crib with an “EVICTION NOTICE” sign and a feigned look of shock that puts the cuteness 100 percent over the top!

The family of three certainly looks thrilled to become a family of four and we think that’s just so sweet!

What is the cutest pregnancy announcement you’ve ever seen? Tweet us @BritandCo!

Desiree O
Desirée O is a ‘Professional Bohemian’ who loves anything and everything related to the arts, entertainment, and pop culture. She ADORES being a ‘Newsy’ for Brit + Co, covering all of the latest tidbits of awesomeness that you want to read about. When she’s not writing, she’s either making messy art, going on long adventurous walks with her camera, or poking around over at bohemianizm (http://www.bohemianizm.com/). You can find out about Desirée O and her work at http://DesireeO.com/ or follow her on Twitter @DesireeO.
Celebrity Baby
Celebrity News
Celebrity Baby Pregnancy Pregnancy Announcements