John Cena Opens Up About His Split from Nikki Bella: ‘I Love Her and I Miss Her’ 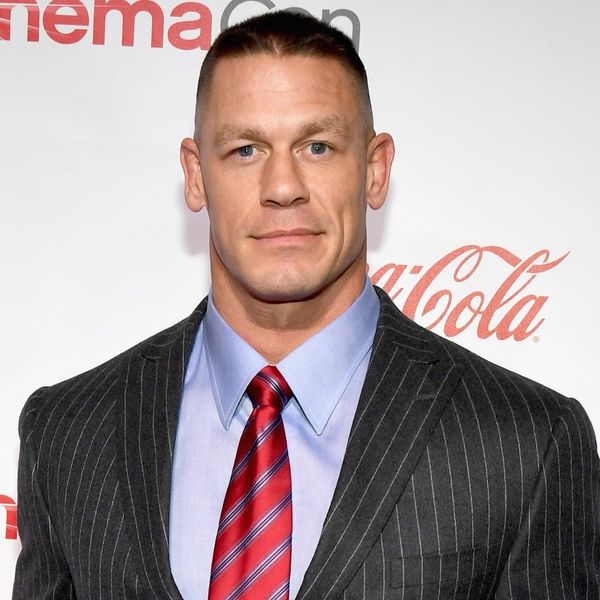 WWE superstars John Cena and Nikki Bella recently shocked fans with the news that they had called off their engagement, ending their six-year relationship. Now, Cena is speaking out about the split, saying in no uncertain terms that it has been a difficult breakup.

“It sucks,” the Blockers star told Entertainment Tonight. “There’s no other way to say [it]. I love Nicole with all my heart, and that’s that.”

He shared a similar sentiment with E! News, saying, “Nicole knows I love her and I miss her, but that is what it is. And I’m still here, still going — and I choose to go. … When you love somebody, it stings. That’s why musicians write about it. That’s why poets write about it. If anything, just try to take away what went wrong, and enjoy the good times you had with the person that you love.”

The couple announced their split in a statement on Instagram, just a little over a year after Cena proposed to Bella live on TV at Wrestlemania. “While this decision was a difficult one, we continue to have a great deal of love and respect for one another,” the statement, posted to Bella’s account, said.

In the days that followed, Cena took to his own social media accounts to share his heartbreak, calling it the “worst day ever” and tweeting about the power of resilience. “Hardship, loss, and humility are extremely difficult waters to navigate,” he wrote, “but perseverance thru them builds a strength to withstand anything life throws your way.”

Nikki hasn’t further commented on the breakup, but her sister Bella publicly supported both parties in the aftermath, even saying Cena would “always be family.” Recently, she told People that both her sister and Cena are at incredibly busy points in the careers, and while the breakup came as a surprise to her, she also understands the difficulties of their situation.

“I just think how busy everyone’s schedule is, and unfortunately with John and Nicole, they are two people in their careers who are really dominating what they’re doing, and in doing that, it means you’re always on the road,” she said. “I didn’t see it coming, but it’s also understandable that it’s hard when you never see someone.”

What do you think of John Cena’s candid comments on his breakup with Nikki Bella? Let us know @BritandCo.