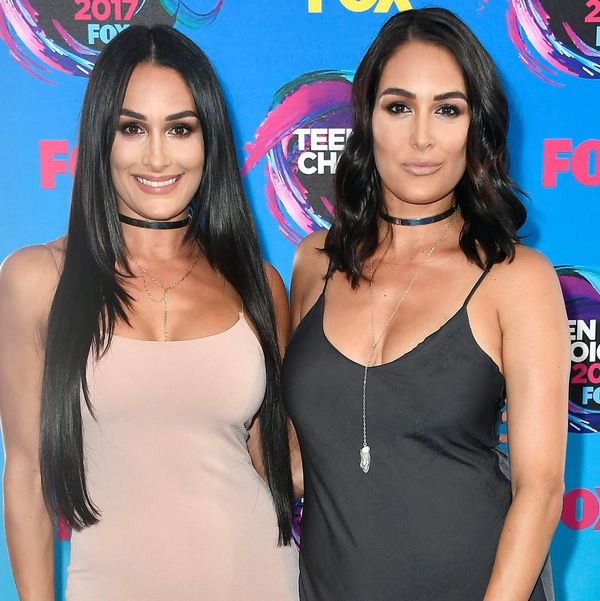 Following the news that pro-wrestlers John Cena and Nikki Bella had ended their six-year relationship, Nikki’s twin sister Brie has spoken out in support of both parties, shutting down rumors that things had soured between her and her sister’s ex.

Brie took to social media to slam a report that suggested she was angry at Cena and had said hurtful things about him. “I’d never say this and I’ll always love @johncena like a brother,” she wrote on an Instagram story photo. “He’ll always be family. My heart is hurting for he and my sister. #Truth.”

Cena and Nikki shocked fans when they announced in April that they were ending their engagement, six years after first pairing up and just over a year after getting engaged on live TV during Wrestlemania.

“While this decision was a difficult one, we continue to have a great deal of love and respect for one another,” the couple said in their joint statement, which Nikki posted to Instagram. “We ask that you respect our privacy during this time in our lives.”

Brie’s comments are the first either Bella sister has given about the breakup, though Cena has been vocal about his heartache in the aftermath. Following the news of the split, the Blockers star took to social media to express that it was the “worst day ever.” Shortly after that, he also shared his thoughtful take on going through hard times.

“Hardship, loss, and humility are extremely difficult waters to navigate,” he wrote. “But perseverance thru them builds a strength to withstand anything life throws your way.”

What did you think of Brie Bella’s comment about John Cena? Let us know @BritandCo.