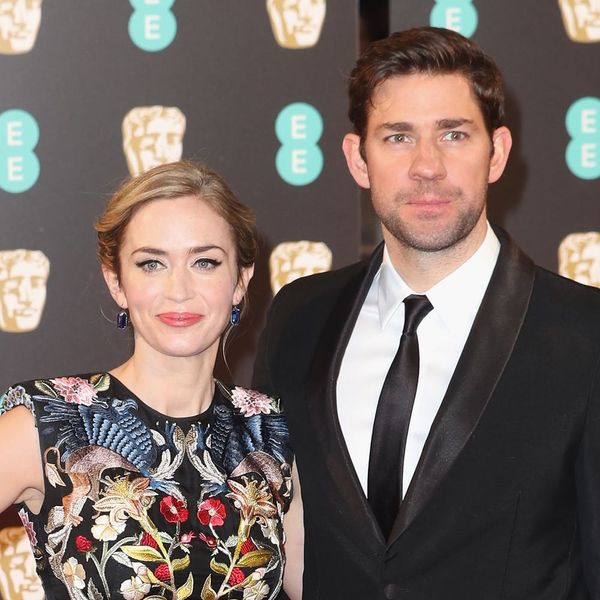 Power couple John Krasinski (The Office) and Emily Blunt (AKA the new Mary Poppins) have been married for seven years now, starring in no less than 20 combined films since that time, and yet, we’ve never seen the adorable husband and wife duo on the silver screen together.

That’s all about to change, however, as news has leaked that the awesome twosome will finally (finally!) be starring alongside one another in an upcoming movie called A Quiet Place.

Krasinski also leaked the news over on his own Instagram page, posting an adorable shot of himself with Blunt, along with a heartwarming caption, to boot. “Question: ‘John, who’s the one actor you’ve been wanting to work with?’” he wrote. “Answer: See above.” Awwwww!

Question: "John, who's the one actor you've been wanting to work with?" Answer: (see above)

While the scenes he and Blunt share may not be the MOST romantic, considering the film is meant to be a supernatural thriller, Krasinski did re-write the film from an earlier draft, in addition to directing and acting in it, so perhaps he’ll write in some on-screen alone time with his RL lady love?

After all, it will mark the first time fans have ever gotten a glimpse at the pair, who welcomed a daughter together last July, in a film: Though they both had credits in The Muppets back in 2011, they were never on camera together (womp, womp).

It’s set to begin shooting this fall, so fans will have plenty of time to guess what the movie is actually about, as its plot is currently being kept tightly under wraps. The Hollywood Reporter has discerned that A Quiet Place will be set on a farm and will feature “a family being terrorized by evil” (*Shudder*), but other than that, it remains largely a mystery.

The one thing we do know is that with these two together at last, there’s bound to be some movie magic in the making, and we. Cannot. Wait.