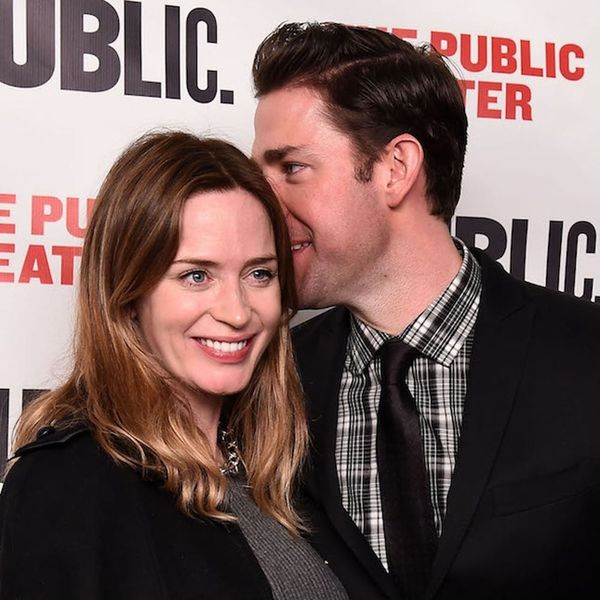 In a world of non-stop news coverage and instantaneous social media gratification, it’s not often we’re kept in the dark about big celebrity announcements like marriage or pregnancy. Alexis Bledel shocked fans when it was revealed — accidentally by Gilmore Girls costar Scott Patterson, no less — that she’d recently had her first child, and Eva Mendes and Ryan Gosling went and privately procreated to welcome their second daughter in May. How dare they!!

While it was no secret that Emily Blunt and husband John Krasinski were expecting baby number two, today it was revealed that the couple welcomed their new daughter into the world two weeks ago. TWO WHOLE WEEKS! Way to keep us in the dark here, guys!

What better way to celebrate the 4th… than to announce our 4th family member!!! 2 weeks ago we met our beautiful daughter Violet #Happy4th

In all seriousness, the tweet sent by John to announce the new addition was adorbs, no duh, saying they chose to announce their 4th family member on — wait for it — July 4th. #dadjokes

He also revealed that her name was Violet, and together with two-year-old Hazel, we’d say those are a couple of super-cute names for baby girls Blunt-Krasinski. Let’s hope the pair aren’t just nice in name — Emily recently told E! News that Hazel hadn’t yet warmed up to the idea of a new baby. “She’s sort of coming around to it. She sort of dismissed the idea initially and she just responded with, ‘Nope.'” Best of luck and congrats to all!

Do you have an older sibling who (lovingly, of course) torments you? Let us know at @BritandCo!