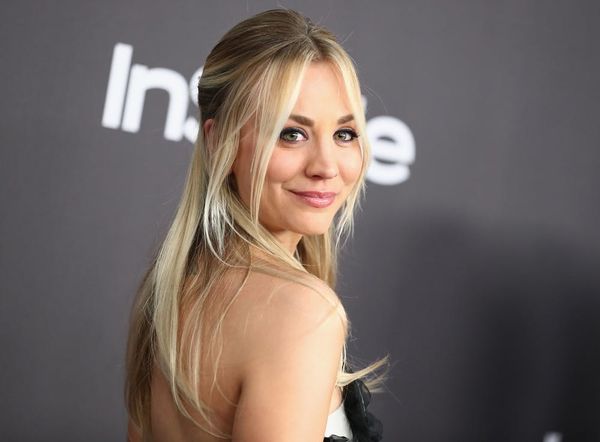 The cast of The Big Bang Theory is close to wrapping up the 12th and final season of the longest-running multi-camera comedy in television history, so star Kaley Cuoco’s emotions were already in overdrive when she lost her wallet recently. But a fan of the show saved the day — and the actress’ faith in humanity.

“I have had the strangest week. It’s very up and down, very kind of emotional, to be honest, probably just coming with the end of the show and lots of other things,” the actress said in a series of confessional Instagram Story videos. “But a really sweet thing happened to me a few days ago and I had to share.”

Cuoco then revealed that she left her wallet in a Sharky’s Woodfired Mexican Grill in Calabasas. Hours later, when she realized the mistake, she became, in her own words, “hysterical” over the situation. “[I] didn’t know where it was and retraced my steps and was like, ‘Oh my God, I left it there, and it’s gone. It’s gone.’ I was crying, I was so upset.”

She soon remembered leaving it in the restaurant, and when she called, she was relieved to hear that someone had turned it in. And not just anyone — a Big Bang Theory fan who had recognized the actress and wanted to help.

“Someone picked it up and saw it was me, and wrote ‘Penny’ on the front on a piece of paper, gave it back to their manager, and left it there,” she said, elated. “Whoever did that, whoever is out there, thank you. I wish I could have met you, I would have given you all the cash in my wallet, or whatever was in there. I really would have given you anything. I was so grateful there was someone so sweet on this earth, and honest, and it didn’t go unnoticed, and I will never forget that, because that could have been a very bad day for me.”

She went on to reiterate her gratitude, telling the anonymous fan: “Whoever you are, whoever returned my wallet, and the manager at Sharky’s, you guys were so nice! I came in crying, they were like, ‘Penny!’ So there is good in the world.”