Katy Brennan Wants to Diversify Your Point of View 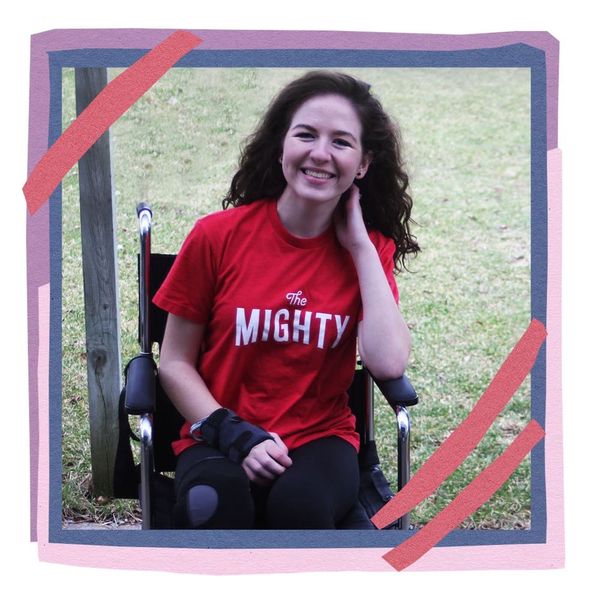 Katy Brennan Wants to Diversify Your Point of View

North Chicago teen Katy Brennan’s life changed at the age of 14 when she was diagnosed with Ehlers-Danlos Syndrome (EDS for short), a group of genetic disorders that affects connective tissues, causing ailments like joint dislocations, scoliosis, heart problems, and early onset arthritis. After the now-16-year-old suffered two shoulder dislocations and stroke-like symptoms, Brennan’s doctors diagnosed her with EDS – which affects one out of every 5,000 people. Since her then, the high school junior has become an advocate for disability rights.

Brennan’s activism has taken shape mainly through writing about her experience with EDS. So far, she’s been published in The Mighty, Deaf Poets Society, and Al Jazeera. She also works as the poetry editor at Blanket Sea, an art and literary magazine featuring work created by people living with chronic illness, mental illness, and disability. Here, we chat with Brennan about what life with EDS is like and how she hopes to impact her generation.

B+C: Tell me a bit about how you and your doctors arrived at your EDS diagnosis.

Brennan: I was diagnosed at 14 after I had two shoulder surgeries due to dislocations. Then I had a knee dislocation, which is when my doctor said things looked very odd. It kind of spiraled from there. I ended up having stroke-like symptoms for a little while. Those turned out to be complex migraines called hemiplegic migraines, which cause tremors and right side weakness. Doctors are so unfamiliar with it that you have to get to a very extreme point symptom-wise for somebody to actually acknowledge that there might be an issue. Personally, I’ve been having symptoms since sixth or seventh grade. I had started looking into what it could be and had actually brought a description of EDS to my mom and said, “Do you think this is something I could have?”

B+C: What kind of role does the EDS play in your daily life?

Brennan: It definitely varies depending on the day. I have a handicap placard, which I don’t have to use most days, but some days I have to. The weather can really affect things. If it’s going to rain, I have a lot of joint pain. If it’s really hot, I’m more likely to pass out. Then some days all my joints may decide to dislocate and it’s just a bad day.

B+C: You’ve been really outspoken about your diagnosis through your writing and advocacy work. When did you realize this was something you wanted to be vocal about?

Brennan: When I was first diagnosed, I joined a few support groups on Facebook and I saw a few articles that people would write occasionally about their experiences, but so many people seemed too scared to address that EDS was an issue. Finally, I saw somebody write an article on this website called The Mighty. I saw that you can submit your own story, so I sent in an article. It got published and then I was hooked. I kept submitting as things would come up, like when I’d have a bad experience with a doctor or when people wouldn’t believe my EDS was real because it’s not something you can see.

B+C: How do you describe your main mission as a disability rights advocate?

Brennan: My main focus right now is looking at the intersection of the disability work and the gender equality work I do. I want to bring more attention to how all of this advocacy goes together, even if it might not appear like it does. I also want to continue raising youth voices because there’s never enough space for that.

B+C: What are some of the most impactful responses you’ve received from the writing?

Brennan: A mom once reached out to me and said that she had a 16-year-old daughter with the same conditions I have and she showed her my writing. She felt like her daughter had been plateauing and was accepting that she couldn’t really do anything about her illness and therefore she wouldn’t get anywhere in life. She showed her my writing to show that you still could get somewhere in life, you just have to redirect your career path. That exchange really impacted me. Later on, I was actually able to meet up with them, which was really great.

B+C: You started the viral hashtag #RedLipsWePreexist. Can you tell us about that?

Brennan: Last summer, we were having a big problem with the health care repeal and the government wanting to repeal the pre-existing illness clause in the Affordable Care Act. At the time, I was an ambassador at Sick Chicks, an organization for girls with chronic illnesses. Their thing is red lips. So we had a bunch of people post photos wearing red lipstick and their stories for why they need the ACA and why they need the pre-existing illness clause. Those stories were posted under that hashtag.

B+C: How do you balance all of the writing and advocacy you do with being a normal teen in high school?

Brennan: Because I love advocacy so much, it’s not hard to make the time for it. Even if I have to take a study hall instead of a class or something like that to get the schoolwork in, I don’t necessarily have a big problem with that because that’s what makes me happy.

B+C: What’s next for you after you graduate high school?

Brennan: I think the big goal would probably be to study political science journalism because it reaches into disability advocacy pretty frequently in terms of legislation.

Brennan: I hope that by 2030 there is generally more space for youth in organizations. I appreciate that the ones I work with are willing to take the chance on someone like me to make a difference, even though I might be emailing people for them who are 20 years older than me. It’s definitely starting to happen. Just look at the March for Our Lives organizers! I’d like to see that kind of thing brought into focus even more.