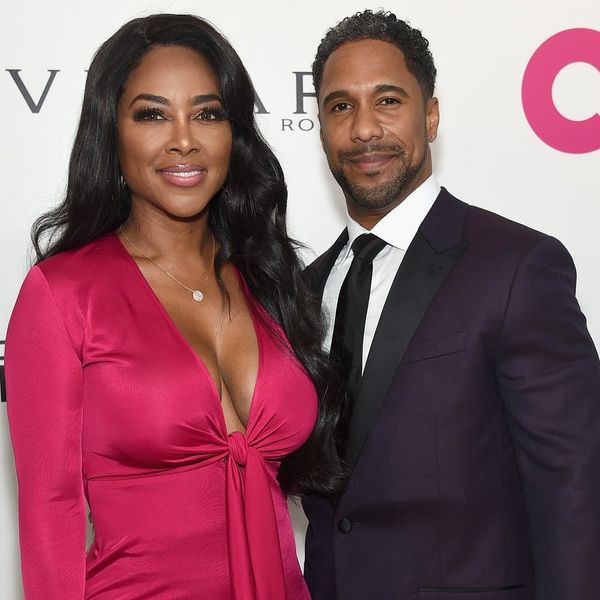 ]The Real Housewives ladies continue to keep us on our toes! Kenya Moore, one of the stars of The Real Housewives of Atlanta, made the surprise TV revelation that she’s pregnant and expecting her first child with husband Marc Daly.

“We will definitely be welcoming a boy or girl in late this year,” Moore told Andy Cohen on Sunday’s season 10 reunion special, according to ET. “Oh my God, I said that!”

Moore chose not to reveal anything else for the time being. “I don’t want to talk about the details because I’m still very nervous about everything so I want to get past a safe place,” she explained, hinting that she’s still very early in her pregnancy.

Cohen later told ET that he’s extremely happy for the reality star, and that she has wanted a child for a “very long time.”

The exciting news comes just 10 months after Moore surprised fans by secretly marrying Daly. The couple wed in an intimate ceremony in front of family and friends on a St. Lucia beach. At the time, Moore had not yet revealed her husband’s identity. She later shared that they had first met through a mutual friend in June 2016 but didn’t start dating until December.

The 47-year-old told Cohen that, at this point in her pregnancy, she doesn’t care if it’s a boy or a girl, saying, “I want a healthy baby.” All the best to the growing family!

Were you surprised to hear about Kenya Moore’s pregnancy? Let us know @BritandCo!