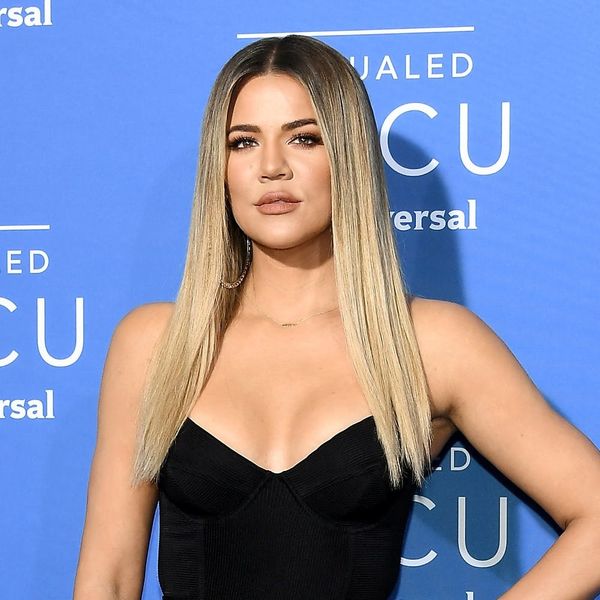 Kim Kardashian has been going through a very public struggle to have a third child, with doctors informing the 36-year-old mother of two that she may not be able to give birth again. That’s why her sisters have stepped up by offering to act as surrogates (something many other celebrities have opted for when growing their families), and while that’s an incredibly sweet gesture, now Khloé Kardashian has received some shocking and potentially heartbreaking fertility news.

Visiting fertility specialist Dr. Andy Huang with big sister Kim in a clip previewing this week’s finale, Khloé first admits that the entire surrogacy situation is snowballing a bit in her opinion, but is fully willing to go ahead with an ultrasound, which the doc explains is to make sure “there’s nothing that’s going to get in the way of a healthy pregnancy.” That’s when the 32-year-old is given some bad news.

“These are follicles, these hold eggs,” Dr. Huang explains, pointing to the ultrasound screen, adding, “so this is just giving you an idea of how young your ovaries are.” And that’s when he drops the news, saying, “There are fewer follicles than I anticipate for a normal 32-year-old.”

Khloé reacts quickly and fiercely with, “Shut the f–k up!” Adding, “This is definitely not at all how I thought this appointment was going to go. What if I can’t get pregnant?” Now, it seems as if the youngest Kardashian sister might have to deal with her own fertility issues before she can even consider acting as a surrogate for Kim.

You’ll be able to see this surprisingly sad situation play out during the season finale of Keeping Up With the Kardashians Sunday at 9pm on E!

What do you think about the fertility news Khloé Kardashian has been given? Let us know @BritandCo!

Desiree O
Desirée O is a ‘Professional Bohemian’ who loves anything and everything related to the arts, entertainment, and pop culture. She ADORES being a ‘Newsy’ for Brit + Co, covering all of the latest tidbits of awesomeness that you want to read about. When she’s not writing, she’s either making messy art, going on long adventurous walks with her camera, or poking around over at bohemianizm (http://www.bohemianizm.com/). You can find out about Desirée O and her work at http://DesireeO.com/ or follow her on Twitter @DesireeO.
Kardashians
Celebrity News
Kardashians Pregnancy
More From Celebrity News