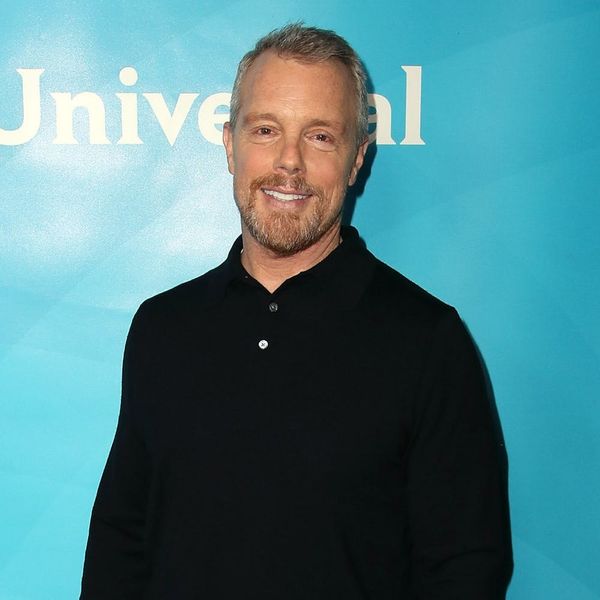 When it came time to getting her “revenge body,” there was one celeb trainer that Khloé Kardashian counted on to help her get into shape: Gunnar Peterson. Peterson, who has been training Khloé’s sister Kim since she was 19, has a clientele roster that looks like it could be the red carpet at the Met Gala (including other celebs like Kate Beckinsale and Aquaman star Amber Heard). Earlier this month, Peterson was at the third annual Propel Co:Labs fitness festival in Los Angeles where we caught up with him about Khloé Kardashian’s transformation and her post-baby workout plan, as well as his number one food to eat after a good workout.

When it comes to training, Peterson says he doesn’t play around. During her metamorphosis, he says Kardashian was in his gym “maybe five, six days a week” for his full intensive sessions, and her dedication is still unwavering. “Khloé will show up early and she’ll do some cardio and she’ll stretch, and then we’ll do an hour — but it’s a non-stop hour. It’s not a 50 minute ‘psychologist hour,'” the fitness guru tells Brit + Co. “It’s a full 60 minutes and the only downtime is to transition between movements.”

“She comes in hard and fast and gets it done. There’s no wasted time, she’s budgeted the time for the workout, she executes,” says Peterson. “There’s never any balking, there’s never any ‘I can’t do that.'”

Just by chatting with Peterson, it’s easy to see why he’s so effective as a trainer. His motivational quips make you feel invincible. “Even if it’s something high intensity, it’s probably not going to last longer than 60 to 120 seconds,” he tells us. “You could walk across coals for that long at the end of the day — or at the beginning of the day.”

For those who aspire to have a fitness transformation like Kardashian, it’s important to implement a lifestyle change as well, which includes what you eat. While Peterson makes some broad-strokes nutritional suggestions, he usually sends his clients to Dr. Philip Goglia, nutritionist to the stars, for in-depth blood work to determine diet tweaks. However, for himself personally, his fave post-workout snack is the Gatorade Whey Protein Recovery Bar ($30), and the reason why contradicts a lot of what we have been told about what a healthy diet looks like: He eats it for the sugar. “People say, ‘There’s too much sugar in it.’ But what do you think you just burned during your workout?” he says. “You burned sugar, so replace it. Replenish your glycogen stores, get back on track.” And while he is pro-sugar after rigorous exercise, Peterson warns, “Time your sugar. You’re not going to have it right before bed.”

And for those of us who don’t necessarily have the time to spend six days a week at the gym, Peterson gets it. “Look, everybody here is short on time, because everybody has 75 jobs,” he says. His pro tip, which you can do during your lunch break or even right before or after work, is to “do something that involves resistance training.” This can be “bands, dumbbells, barbells, water bags, your own body weight, suspension training” (you get the picture), but ultimately, he says, “Do something that involves the larger muscle groups of the body and not just cardiovascular work.” His quickie prescription is “a little routine that can be done in a hotel: 10 pushups, 10 squats, 10 crunches. Do all three 10 times.”

As for Kardashian, she’s already gearing up for her summer postpartum game plan. “I just got the text the other day [from Khloé] to get ready for the summer, ‘Clear the gym, I’m coming back!'” Peterson says with a chuckle. “Because baby True is out. Now it’s time for the truth after True.”

Will you be taking Peterson’s advice? Tweet us @BritandCo!

Kimberly Wang
Kimberly Wang writes about all things pop culture, tech, style, and beauty. She's a Bay Area transplant and has an MFA in Creative Writing from Columbia University. On a sunny New York day, you can find her hanging out with her mini schnauzer Isabelle Jellybean on a blanket in Central Park.
Celebrity
Health
Celebrity Fitness Healthy Living Kardashians Workouts
More From Health