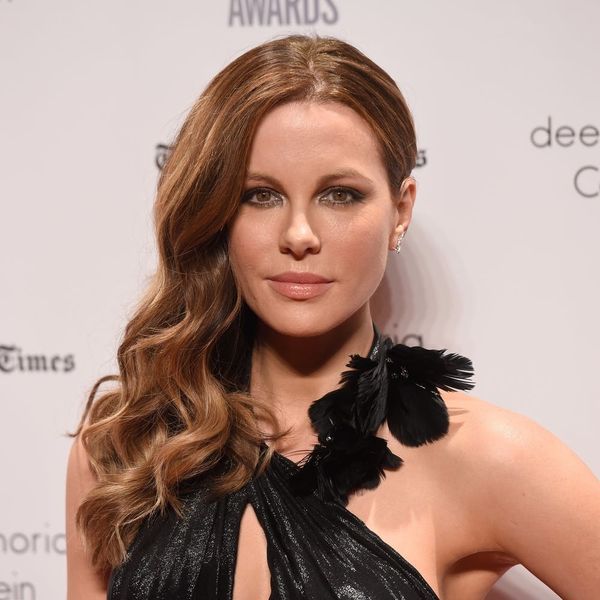 Kate Beckinsale is giving us major #ParentingGoals yet again. Her reaction to daughter Lily’s college acceptance melted our hearts last winter, and now the proud mama has revealed one of the ways she tries to instill body positivity and self-love in her 18-year-old doppelganger.

The 44-year-old actress sat down for a chat with Chelsea Handler on Netflix’s Chelsea and told the comedian that she strives to empower her daughter, who is looking to become an actress in her own right, with help from one specific book: Susan Faludi’s Backlash: The Undeclared War Against American Women ($12).

Recalling how she herself discovered the book at a young age, the British beauty highlighted a specific life-changing moment in which the author “talks about how when, politically, women make big strides, it seems to always happen that the fashion becomes [a] very completely unattainable body type. And it’s this sort of unconscious way of controlling women to distract them into a kind of self-loathing.”

“You know, because you get the vote, but it means either you can’t have any boobs because you have to be a flapper, that kind of thing,” the #BossBabe continued. “Now you’re supposed to have kind of a ridiculous a** and ridiculous boobs and a tiny waist and everything else. Meanwhile, a lot of political s**t is happening that maybe we can’t have abortions anymore or that sort of thing.” She went on to conclude that “the more we get sucked in and concentrate on our own a**, the more stuff can happen to us.”

Beckinsale’s go-to read may have become a bestseller over two decades ago in 1991, but it sure sounds like its message is as relevant as ever. *adds to reading list*

Do you have a favorite empowering read? Tweet us @BritandCo.