Baby Hated His Costume? Here’s One Way to Fix That… 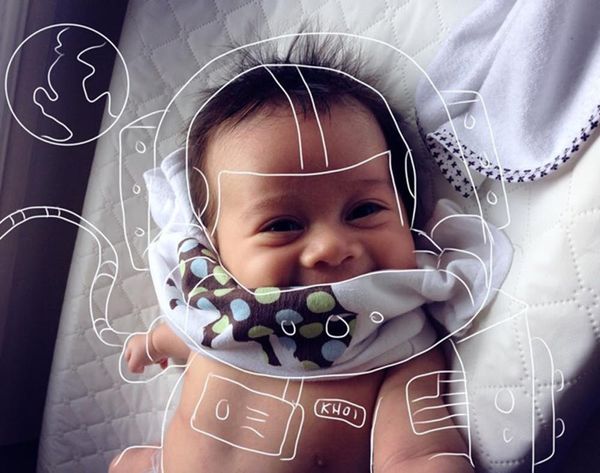 How can babies be so darn cute when all they do is laze around all day? Oh yeah, their mushy cheeks, goofy laughs and so-so-tiny toes. Baby Khoi, is an adorable little “Awww” fest so naturally his dad loves snapping pics of him doing what he does best — ahem, lounging — but he decided to liven up the pics in post. With every stretch, yawn and giggle pose, Khoi’s dad sketches on top of photos of Khoi, taking him on illustrated adventures.

1. Cowboy Khoi: Giddy up! Khoi is ready to ride.

2. Shark Tamer: He doesn’t know how to swim yet, but somehow Khoi is a scuba pro.

3. Taxi Driver: Even through the baby mumbles and erratic noises, Khoi manages to entertain all of his guests.

4. Superbaby: Before one learns to walk, one must learn to fly.

7. Merbaby: The king of the sea can rule from the comfort of his onesie.

8. Magneto Khoi: Move over, Fassbender. You’re not the only one with a dark side.

9. Lion Tamer: Talk about fearless. Khoi is emerging from the mouth of a lion!

10. Jazzy Khoi: We thought of Khoi as more of a fedora-and-saxophone man, but turns out he kills at the bass… and mustaches.

12. Hulkmaniac: This may be our fave, mostly because of the realistic accuracy.

13. Count Khoi: In the spirit of the weekend, Khoi is showing his fangs.

14. Astronaut: To the crib and beyond!

15. Avenger Jack and Mini Hulk: A baby in a puffy coat is the closest you’ll get to a mini Hulk.

You can see more of Khoi’s world at his blog.

What crazy persona do you want to see Khoi take on? Let us know in the comments!

Katelan Cunningham
Katelan is a tech junkie obsessing over all things startup and design. She has entirely way too many apps on her phone and is no stranger to binge-watching. She accidentally fell in love in Los Angeles and that’s where she currently lives, writes, tweets and grams.
Illustration
Party
Illustration
More From Party