A Timeline of Unexpected Kardashian BFFs, from Paris Hilton and Beyond 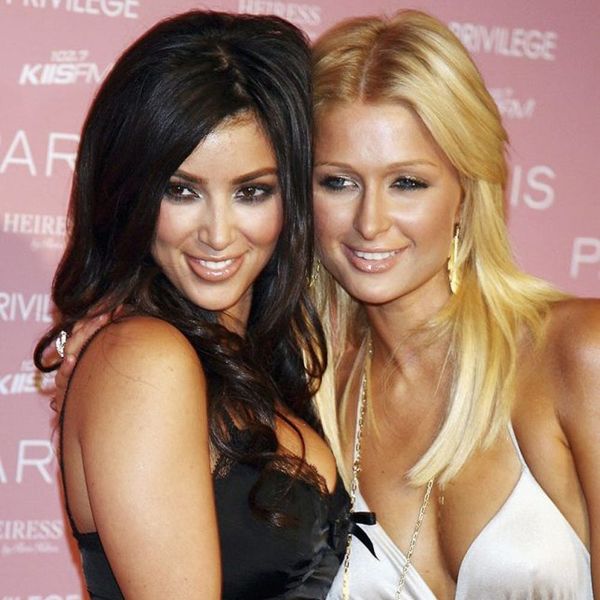 In the decade and a half that NSFW pic-lover Kim Kardashian has been in or near the celebrity spotlight, she’s amassed an impressive list of celeb BFFs and confidants. In fact, the whole family has been in famous circles for even longer than that, as anyone who’s watched The People v. O.J.Simpson or O.J.: Made in America — or who is familiar with O.J. Simpson’s murder trial in general — will know.

1. Nicole Richie: Kim and Nicole went to school together at the Buckley School, becoming friends early in life. And Nicole, as we all know, was also good friends with another early 2000s celeb…

2. Paris Hilton: Yes, Nicole Richie and Paris Hilton were also friends! As the two starred in the reality TV show The Simple Life, Kim was acting as Paris’ personal assistant/friend. She cropped up not infrequently on the show and on the red carpet, though at the time she couldn’t hold a candle to her friend’s fame.

3. Lindsay Lohan: Another member of the Hollywood club scene in the mid 2000s, Lindsay Lohan also fit into the Kim-Nicole-Paris friend group. Kim worked as Lindsay’s stylist for a time, but their friendship outlasted the professional pairing: Lindsay attended Kim’s 2011 wedding to Kris Humphries.

4. Chudney Ross: The daughter of music legend Diana Ross and sister to Black-ish star Tracee Ellis Ross was yet another early- to mid-2000s LA kid Kim made her way up with.

5. Jonathan Cheban: Jonathan founded PR firm CommandPR in 2001 and website TheDishh.com in 2014, and generally orbits the celebrity world in a manner reminiscent of the pre-superstardom Kardashians. Jonathan has been around the family for years, and his friendship with Kim has made him a mainstay on Keeping Up With the Kardashians.

6. Blac Chyna: This pair began to bond around 2013, though their friendship ended rather abruptly when Chyna’s then-fiancé, rapper Tyga, dumped her and (allegedly) took up nearly immediately with Kim’s youngest sister Kylie. As of earlier this year, Chyna is both engaged to and expecting a child with the sole Kardashian brother. After what appears to have been a brief readjustment process, it seems the two are, if not BFFs, on a friendly footing with one another.

Which pairing reminds you most of you and your BFF? Tweet us to let us know @BritandCo!

Tannara Yelland
Tannara is a freelance writer and editor, an occupation perfectly suited for her affection for drinking too much coffee and keeping odd hours. She usually writes about politics, economics, and pop culture. Some day she will put to use the hundreds of hours she's spent watching Say Yes to the Dress and write THE definitive analysis of the show.
Pop Culture
More From Pop Culture