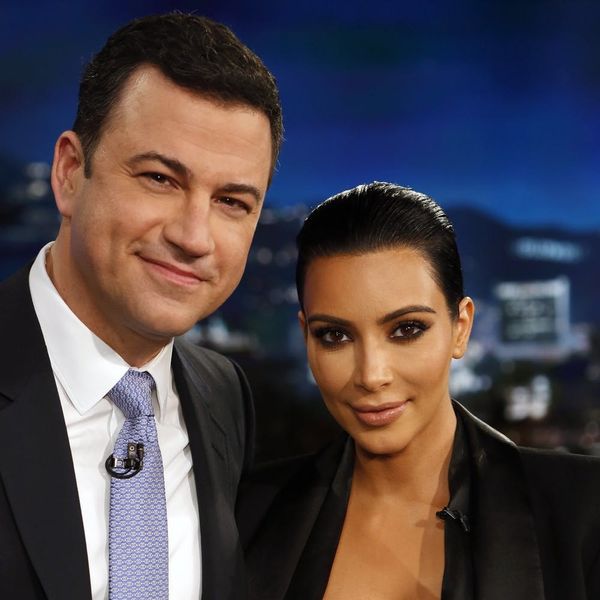 Jimmy Kimmel’s “Mean Tweets” segment is as legendary as his Halloween candy bit. Though it typically features celebrities reading negative tweets about themselves, the late-night host switched it up for his 50th birthday and instead had celebrities read mean tweets about him. Kim Kardashian was on hand to relive a moment from her husband Kanye West’s now-deleted, sometimes-controversial account, and it really makes us miss the days of ‘Ye on social media.

“Jimmy Kimmel, put yourself in my shoes,” Kardashian began, before finishing the explicit remark with a comedic straight face and a supportive, “Good point, Kanye.”

The original tweet was from September 2013. At the time, West was responding to Kimmel’s spoof of an interview the rapper did with BBCRadio 1. West also called Kimmel “out of line” and said, “I like you, you know me, I went to your family’s wedding.” (West’s social media accounts were deleted without comment in May, not long after he was hospitalized and took a break from the public eye. The accounts have not been reinstated since.)

Other celebrities who appeared in the segment included Halle Berry, Chris Hemsworth, and Stephen Colbert, but few were able to hold back laughter like Kardashian was: She’s previously proved herself good at playing the straight man not only to her husband, but also when she recently appeared on Kimmel and got grilled by guest host Jennifer Lawrence on everything from her surrogate to her exes to what she wears to bed.

Do you like Kimmel’s “Mean Tweets” segment? Let us know @BritandCo!

(Photo via Randy Holmes/ABC via Getty)