How to Take 3D Photos With Your Smartphone 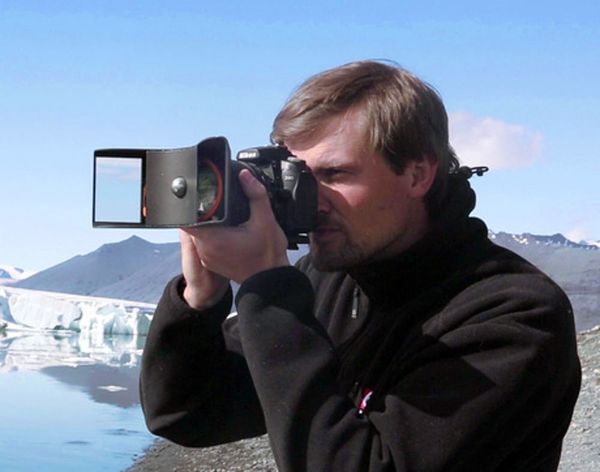 Kúla, an Icelandic company, was founded three years ago with the aim of making 3D photography accessible to everyone. If their Kickstarter campaign succeeds, they may end up doing just that. And Kúla isn’t just about 3D photographs. The devices could also be used for shooting 3D videos.

They’re crowdsourcing for two products, Kúla Deeper for SLR’s and Kúla Bebe for smartphones. You’ll be able to either view the images with a Kúla Stereo Viewer or on any device for unprocessed images such as the Oculus Rift or Google cardboard. Don’t have one of those? Not to worry. Kúla has developed software which makes it easy to convert images and videos into almost any format. Even if that means viewing your snapshots on a 3D TV. Oh, and you can also view your 3D artwork with anaglyph glasses. Remember those?

Kúla Bebe turns any smartphone into a powerful 3D studio. It’s one of the smallest devices on the market for turning a smartphone into a 3D camera. This device along with Kúla’s CinemaBox, an app developed specifically for viewing 3D photographs, means you can shoot and enjoy your 3D photography wherever you are. There’s also the super fun option to turn your 3D image into a wigglegram. Who could resist that?

Both the Kúla Deeper and Kúla Bebe use mirrors to capture the same image from different perspectives. It’s when you combine those two images, or instances in the case of video, that the 3D effect is created. Of course, you don’t need to worry about any of that as Kúla takes care of the technical stuff. Just snap away and enjoy.

The campaign has already raised over 80% of its $39,622 goal. If everything goes according to plan, Kúla Deeper will be available as early as January 2015. Kúla Bebe will likely ship in March 2015. But we figure it’s worth the wait. This is 3D photography we’re talking about.

What do you think of 3D photographs? What’s the first thing you’d photograph in 3D? Share your thoughts in the comments below.

Nicole Hyman
A closet foodie, trend-spotting geek and writer, Nicole can be found at the intersection of tech and daily life. When not on the lookout for the latest tech to make life that much easier, she equips entrepreneurs with the skills they need to survive in the digital world. Offline she has been known to indulge in homemade gnocchi.
Apps
Tech
Apps Photography