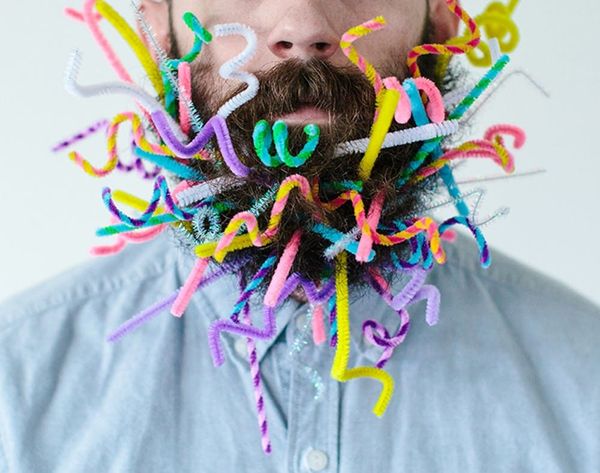 So we’ve already established our love for Will It Beard on BritList a few months back, but we can’t resist sharing it with y’all again on a much larger scale. In case you missed it, there’s this guy name Pierce Thiot who takes various household objects (and sometimes food) and puts them in his beard. Then his wife, Stacy (a photographer), snaps a photo and posts it on their website or Instagram. We know, it’s weird — but also AWESOME!

It started over the holidays during the Thiot family talent show, where the couple tried to stick as many pencils as they could into Pierce’s beard. The hilarious pics and videos continued because, let’s face it, it’s basically the best portrait of a beard we’ve ever seen.

The Will It Beard Twitter description says it all: “The deepest question is if it will beard.” So the next time you pick up that random object in your home, ask yourself this: Will it beard? We think yes.

What would you like to see Pierce put in his beard next? Let us know your predictions in the comments below or on Facebook!

Rachel Sumner
Rachel is a Contributing Editor at Brit + Co and the founding editor of lifestyle blog, SADIERAE + CO. While her background is in fashion and styling, she also loves all things creative, cooking, traveling, binge-watching TV shows and giving piggy back rides to her golden retriever, Louie.
Photography
Home News
Photography