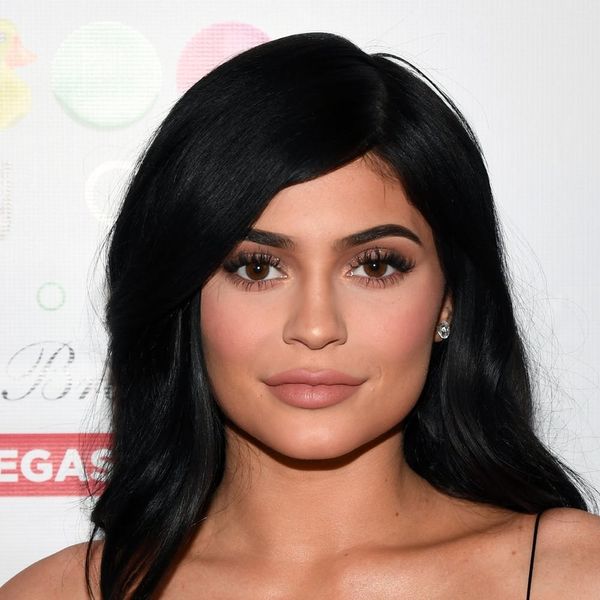 At just one-month, Kylie Jenner’s daughter Stormi Webster already boasts a shoe collection bigger than our own, with no less than seven rows of teeny tiny baby kicks to her name. When it comes to her mama’s purse collection, however, it’s on another stratosphere entirely.

The makeup mogul, who recently surpassed big sis Kim Kardashian West as the most wealthy member of the family, gave us a peek into her purse closet — er, should we say, purse ROOM, and we’re still attempting to recover.

The snap shows the Life of Kylie star standing before no less than 90+ purses (we counted!), with floor-to-ceiling racks dedicated to duffel bags, totes, and carryalls of varying sizes and shapes.

“Options,” she explained by way of caption.

While it was tough to make out many details in the shot, we did spy at least two Supreme pieces, a Louis Vuitton graffiti duffel and Hermès galore (check out those Birkins!).

As we might have predicted after viewing Khloé and Kourtney Kardashian’s supremely-organized pantries, the space is also in impeccable order, with a clear space for each and every bag and rows presumably organized by brand/type.

If you’ll excuse us, we’ll just be over here, dreaming of our own theoretical purse closets…

Too many purses or never enough? Share over @BritandCo.

Nicole Briese
Nicole is the weekend editor for Brit + Co who loves bringing you all the latest buzz. When she's not busy typing away into the wee hours, you can usually find her canoodling with her fur babies, rooting around in a bookstore, or rocking out at a concert of some sort (Guns N' Roses forever!). Check out all her latest musings and past work at nicolebjean.com.
Closet
Celeb Style
Closet Kardashians Kylie Jenner Organization purse
More From Celeb Style