Khloe Kardashian’s Pantry Will Give You All the Organization Goals 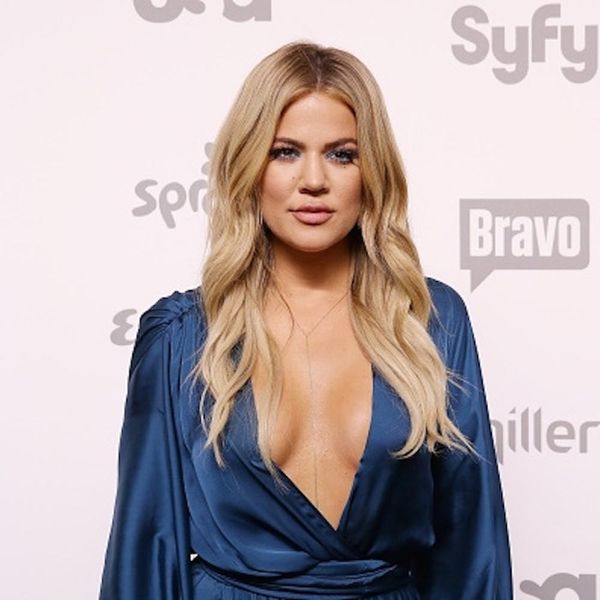 For many of us, Khloe has always been the most relatable member of the Kardashian crew. Something about her wit and candor makes her feel more accessible than her sisters, like she’s someone we could hang with on a weeknight. But that doesn’t mean she isn’t fierce as all get-out at the same time, and now she’s letting us peek into a part of her home that’s making us want to follow in her footsteps even more.

Take one look at her pantry and tell us it isn’t giving you major organizational envy. Khloe gave her app followers a quick tour of her uber-polished kitchen storage recently, filled with perfectly aligned clear containers and a subtle labeling system. Let’s just say she’s got a backup gig as a professional organizer if the whole entertainment industry thing ever falls through.

She’s even got her drinking straw game on lock. Just look at those birch-themed cuties on the right!

In addition to cereals, grains and other culinary staples, she’s also got smart snacks galore, from raw almonds and pistachios to single-serve packets of Justin’s almond butter (YUM). And for more indulgent snack attacks, it looks like she’s got some candies and Nilla wafers in there too. Hey Khloe, can we come over for like an hour? We promise to clean up after ourselves, but we can’t promise we won’t pocket some of those nut butters on the way out.

How does your pantry stack up compared to Khloe K’s? Spill (wait, on second thought, please be neat) in the comments below.

From Your Site Articles
Amy Lynch
Amy is a freelance writer and editor, telling the stories of progressive people and projects that move the world forward. Her work has appeared on The Hairpin, Refinery29, Citygram and more, and she's developed content for the likes of Alternative Apparel, Milkshake and Silvercar. She lives, works and plays with her fiancé and their dog, Bogey, in the weird, wild heart of Austin, Texas.
Kardashians
Organization and Cleaning
Kardashians Organization