Kylie Jenner’s Baby Already Has More Shoes Than You 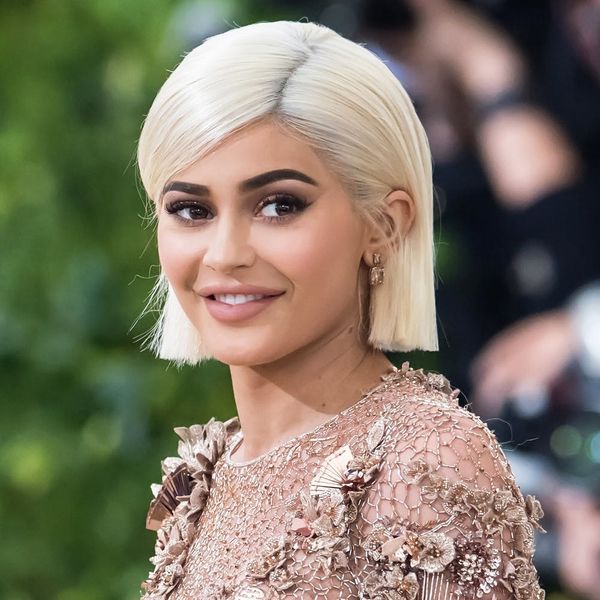 It finally happened. Yesterday Kylie Jenner finally addressed the rumors about her alleged pregnancy by announcing via Twitter that she had given birth to a baby girl on February 1. We don’t know baby Jenner’s name yet, but we have gotten an inside look into her closet, and you’ve gotta see it.

In her announcement video on YouTube, titled “To Our Daughter,” Jenner gave fans a sneak peek into the past nine months. Among the interviews with her friends and family, ultrasounds, and baby bump progress shots were a few seconds of footage in the newborn’s closet — specifically, her shoe racks. Plural.

Jenner’s daughter has no fewer than seven rows of tiny little shoes. The miniature footwear comes in a range of styles and colors. There are basketball shoes in pink, gray, black, and orange, and little Nikes in red, white, and blue.

There are several pairs of boots (what look like itty-bitty Uggs, Timberlands, and Doc Martens), as well as minuscule ballet flats, feathery sandals, Converse, and plenty of Velcro.

Some of the shelves even have the kicks stacked two rows deep. Basically, the littlest Jenner will be covered no matter what occasion arises. She probably won’t have to wear the same shoes more than once for the first couple months of her life. At this rate, she’ll be a fashion icon before her first birthday. We smell a clothing line in her future!

What do you think of Kylie Jenner’s daughter’s shoe collection? Tell us @BritandCo!

Shea Lignitz
Shea can be found in the nearest bookstore or brewery, exploring the great outdoors, or blasting Led Zeppelin. She grew up in the cold and rain of Northern California's redwoods but is currently wandering around Texas.
Celebrity Baby
Celeb Style
Celebrity Baby Kardashians Shoes