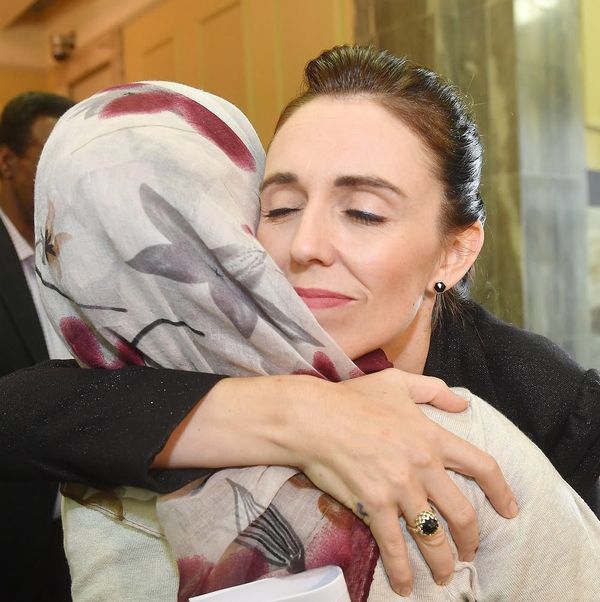 Days after a man killed 50 worshippers and injured dozens more during Friday prayer services at two mosques in Christchurch, New Zealand, the small nation is banning military-style weapons and related gear. According to NPR, New Zealand prime minister Jacinda Ardern announced on Thursday that the ban will include “military-style semi-automatic weapons and assault rifles” as well as weapons components, such as high capacity magazines, that can be used to create the same kinds of weapons.

The New Zealand government has set up a website where citizens can learn more information about the equipment being banned, NPR reports. People who are already in possession of the kinds of weapons that will soon be outlawed are encouraged to visit the site and fill out paperwork to turn the weapons over to the police.

Prime Minister Arden was quick to condemn the horrific attacks on New Zealand’s Muslim community and immediately committed to never publicly using the killer’s name, so as to avoid contributing to making him a notorious figure. Arden’s response to the massacre has captured international attention, especially as a means of contrasting the ways in which the US government responds to mass shootings.

In the face of decades of mass killings involving guns in the US (many of them taking the lives of children in school) and an immense culture war over firearms, the US federal government has not taken action even remotely resembling that of New Zealand’s new policy. To the contrary, many US political leaders, primarily in the Republican Party, remain committed to policies that benefit weapons manufacturers.

The last year brought a huge wave of anti-gun violence student protests in America, which have so far yielded minimal impacts in federal gun policy. In the year since the tragic killing of 17 people, mostly students, at Marjory Stoneman Douglas in Parkland, Florida (also committed by a young man who appeared to have been radicalized by the far-right), only one federal policy around firearms has been passed, according to a Fast Company analysis.

Then-acting US Attorney General Michael Whitaker made a law banning the sale of bump stocks last year. Bump stocks are firearm accessories that can be used to modify semi-automatic rifles such that the trigger can be held down and fire constantly, like a machine gun, rather than requiring a shooter to repeatedly pull the trigger. Bump stocks became the focus of concern for some liberals after a gunman opened fire on an outdoor music festival in Las Vegas in 2017. The ban on bump stocks will go into effect on March 26.

In New Zealand, the general population is very supportive of the new measures being taken by the government in the wake of the Christchurch killings. Polls have shown that gun control measures are also actually quite popular in the US as well, but that many Americans expect that the government won’t implement policies to help.

However, the 2018 midterm elections shed some hope on the future state of gun control in America. A number of Democratic congressional candidates who ran on explicitly pro-gun control platforms won seats in the House of Representatives, even in the reliably conservative states of Kansas and South Carolina.

RELATED: Bold Steps from New Zealand PM and Internet Companies School the World in How to Fight Terror

Elizabeth King
Elizabeth King is a politics, history, and culture writer based in the Twin Cities. She is generally pretty cranky but still enjoys traveling, music from the early 2000's, and plotting the resistance. Feel free to say hi on Twitter at @ekingc or check out some of her work at www.elizabethcking.com.
Controversy
Politics
Controversy Politics