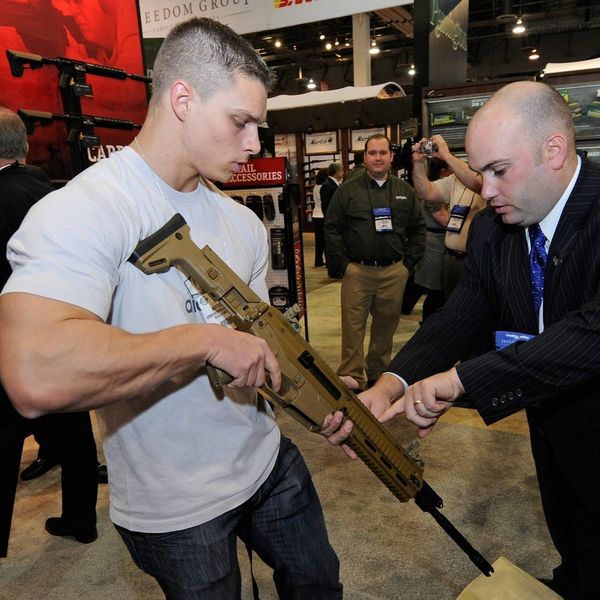 In a surprise move, acting Attorney General Matthew Whittaker signed a new regulation into law on Tuesday, December 18, to ban gun devices known as “bump stocks” outright starting in 2019. The ban comes in the wake of increased scrutiny on the devices — which speed up the firing power on semi-automatic rifles to make them function more like automatic ones — particularly after the accessories were used in the Las Vegas shootings in 2017.

The new rule eliminates one crucial legal loophole that has allowed gun owners to skirt a 1986 law that bans people from buying or selling automatic weapons, or what we think of as machine guns. That law, which also prohibits gun owners from modifying their gun’s internal mechanics, helped create the market for bump stocks.

Although officials at the Bureau of Alcohol, Tobacco, Firearms, and Explosives previously ruled that as an accessory, bump stocks would not be subject to a federal ban, the president stepped in after the Las Vegas shooting, which prompted the ATF to reexamine the equipment’s modernization.

“Obama Administration legalized bump stocks. BAD IDEA. As I promised, today the Department of Justice will issue the rule banning BUMP STOCKS with a mandated comment period,” President Trump tweeted earlier this year. “We will BAN all devices that turn legal weapons into illegal machine guns.”

The rule overturns an Obama-era one that defined machine guns or fully automated weapons as separate from accessories like bump stocks, even though the accessory essentially turns a semi-automatic rifle into an automatic one by upping fire power up to 800 rounds a minute. Several states have already banned bump stocks outright.

While some may see the ban as a step in the right direction to help curb gun violence in the US, gun lobbyists are unhappy. Gun Owners of America released a statement Wednesday morning announcing that they would be filing a suit against the administration and calling the ban illegal.

“As written, this case has important implications for gun owners since, in the coming days, an estimated half a million bump stock owners will have the difficult decision of either destroying or surrendering their valuable property — or else risk felony prosecution,” Erich Pratt, executive director of Gun Owners of America, said in the statement.

The regulation gives bump stock owners until March 19, 2019, to turn in or destroy their bump stocks.