Letter from Las Vegas: Anything Can Happen 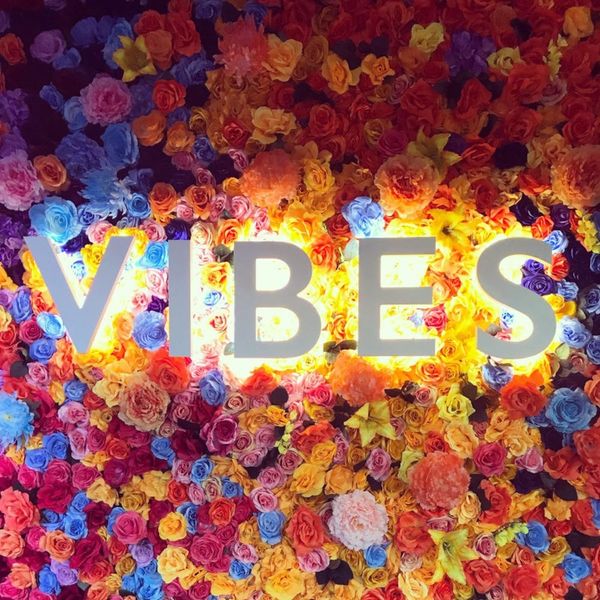 As a travel writer who spent most of her 20s in a state of aimless exploration (though now I call it “research”), I like to think I’ve seen much of what the country has to offer — regarding nightlife, at the very least. Thanks to cross-country road trips and last-minute red-eyes, I’ve lounged in Santa Monica bungalows and traipsed the cobblestones of Bourbon Street. I’ve sung to Johnny Cash in Tennessee honky-tonks and drunk craft cocktails on Haight Street. But, as of last month, I’d yet to experience as an adult the most hedonistic and excessive American city of all: Las Vegas, Nevada.

I’ll be the first to admit I was fashionably late to the party, but luckily I was arriving for one of the most fashionable parties on the planet (certainly on the Strip): the second-annual JBL Fest, which kicked off at the SLS Las Vegas. Hosted by JBL Audio, the invite-only event featured performances by Pitbull and Tinie Tempah — not to mention special appearances by industry legends such as Quincy Jones. My friend had secured us tickets to the three-day festival and, in the words of headliner Ellie Goulding, anything could happen.

It was a brisk morning when I landed in the Nevada desert, the bells and sirens of the blinking casinos greeting me at McCarren International Airport. I’d watched out the window as the plane flew above endless stretches of nearly uninhabited valleys of sand, the landscape having grown more and more desolate the farther we ventured from New York. Though I’d traveled to the Biggest Little City in the World earlier this fall (Reno, for those unfamiliar), I’d thus far remained unacquainted with Nevada’s original City of Sin. I wasn’t sure what to expect.

The last time I visited Las Vegas, I was 13 and overwhelmed by the lights, the jarring technicolor spectacle in the middle of the otherwise stark state of Nevada. I was on a cross-country trip with my family, and we’d just come from a day in Death Valley, so the contrast couldn’t have been more heightened. Here I was once again visiting this city that truly never sleeps (far less than New York, at least), but now I was of drinking age. After checking into my room (and admiring the large LED wall mirrors), I ventured through the SLS Casino, which was rented out for the event. The entire casino was buzzing with excitement over the three-day party that was unfolding that very morning. I perused the slot machines, checked out the pool, and threw on my best all-black outfit (what else does one wear in Vegas?) before heading out that night for the first event.

The Platinum Party, touted as “an intimate musical experience with Quincy Jones,” was in honor of JBL’s partnership with the Recording Academy, home of the Grammys. (Throughout the evening’s proceedings, Quincy’s long partnership with the JBL audio brand was also made evident). I sat with a cocktail in hand while Jones discussed collaborations and friendships over his colorful career — from Michael Jackson to Frank Sinatra, Ray Charles to Whitney Houston — and spoke of the younger artists he mentors to this day.

Many of these talented musicians (his hand-picked protégées, if you will) delivered live performances of Jones’ classic material, drawing from the archive of his varied and historic songbook of hits. If you’ve watched the documentary Quincy on Netflix, you already know this, but — the man is a legend. More impressive than his musical legacy, however, was his visceral reaction to the musicians performing the lyrics and the melodies of songs he’s undoubtedly heard thousands of times (not least in the recording studio). Jones’ enthusiasm for the music was infectious. He cried to the Whitney Houston ballad; he danced in his seat to the rendition of Michael Jackson. He was so thoroughly present in the moment. And his advice was so perfectly Las Vegas: “Work hard but play even harder,” he told the crowd. “You’ve got to love what you do — it can’t be for the money, or it won’t work. You’ve got to feel it.”

I met him after the show, and we sat together near the stage. I wish I could tell you he told me something different from what he told the entire audience, something even more profound; but really, we chatted about China, Kenya, and British accents. (Again: travel writer.) But what struck me was how authentic he was, whether the lights were shining on him or not. He had the same charisma, and he gave you the same focus as he did the singers he mentors. He kept repeating the importance of passion, of a good time, of liking what you do, of loving it. This advice is antithetical to the received wisdom after college (or grad school, if we drag it out): The economy isn’t great, get a job, grow up, save money.

I was reminded of a line by F. Scott Fitzgerald: “I’m a slave to my emotions, to my likes, to my hatred of boredom, to most of my desires.” Of course, in This Side of Paradise, it’s meant to warn the reader of tragic times ahead. And maybe it is a reckless way to live your life, to give in fully to your passions, to what excites you. But isn’t it so thrilling, as well, to be unapologetically who you are? Which, I suppose, if you’re Quincy Jones, truly is a thrill.

Cruising down the Strip on my way home, I looked out the window at the elaborate European architecture, lavishly reconstructed in the desert. I marveled at the Egyptian pyramids of the Luxor, the Eiffel Tower at Caesars Paris — icons of the past resurrected in a city devoted to everything new. Las Vegas has become a cultural touchstone, a time-honored pilgrimage for every young American traveler, but it’s also become a marker of taste to dislike Vegas, to find the whole enterprise morally (and hygienically) unappealing: the all-day pool parties (high heels and bikinis strongly encouraged), the drunken spring-breakers, the utter lack of ingenuity in terms of vacation preferences (and lack of originality regarding said architecture). What happens in Vegas ends up in Hollywood screenplays, the debauched material recycled by Bradley Cooper in unimaginative sequels — The Hangover Part III an unlikely precursor to A Star is Born. Or it lives forever (or at least for 24 hours) in Instagram stories worldwide. To visit Las Vegas for a bachelorette weekend or a friends’ getaway has become cliché — even to visit the city for a work conference is viewed with either scorn or sympathy.

But that first night challenged all those preconceptions of Las Vegas for me. I didn’t find the city tacky. I found it ingenious. I was overwhelmed by the heady combination of excess and star power — the glittering lights of the Strip, the bartenders who never believe in last call. Though this environment may seem grotesque to some, I found the entire enterprise refreshingly whimsical. We were in a world of make-believe, where of course Rome could be (re-)built in a day. Why wouldn’t we erect The Palazzo at The Venetian, replete with gondola rides down the Grand Canal and a (not so) miniature replica of St. Mark’s Square? If there’s a louder, gaudier tribute to American excess than Las Vegas, I’m not sure where on the planet it exists. Is there anything wrong with a little bit of excess en route to the pursuit of happiness?

I left that night feeling invigorated and inspired: “Do what you love” and “play harder than you work” are encouraging words to live by, especially when they’re imparted by Quincy Jones. I reveled in the city’s musical history (through the ears, of course, of a pioneering audio company), and the excitement was contagious, from the passion of the performers to the joy of the crowds. This feeling of euphoria, of freedom, continued all weekend. JBL Fest managed to distill the purest elements of Vegas — the talent, the chutzpah, the celebrity — into a three-day spectacle of lights and (most importantly) sound.

In her song “Leaving Las Vegas,” Sheryl Crow may have sworn she’d never return, but I have a feeling I’ll be back. Maybe next year, hopefully for the third-annual JBL Fest. Here’s hoping I run into Quincy Jones again. Fingers crossed he’ll remember me, but either way, his lessons are ones I won’t soon forget. He’s all about the music, after all. And so is JBL Fest, and Las Vegas, as a whole. Just a desert experiment in good old American self-expression: Life, liberty, and the pursuit of bars that never close and acts that don’t go on until after midnight.

See you next year, Las Vegas.

Katherine Parker-Magyar
Katherine is a freelance writer focusing on travel, culture, lifestyle, and politics. Her work has appeared in The Week, Tasting Table, Elite Daily, POPSUGAR, and Electrify, among other publications. She's traveled to all 50 states and 40 countries, but calls New York City home. Follow along on Instagram at @katherineparkermagyar or visit her website at www.katherineparkermagyar.com.
Creativity
Travel
Creativity inspiration Music Vacation
More From Travel