How to Host the Perfect Vegas Elopement 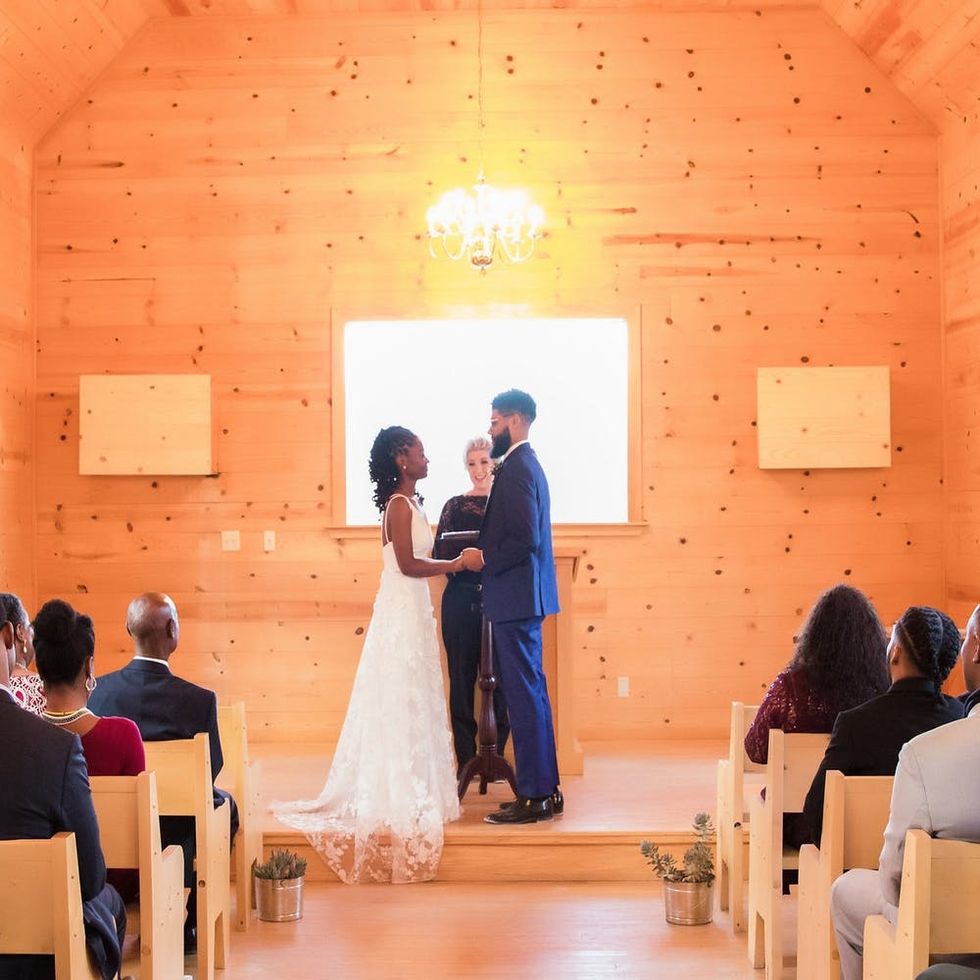 For couples who want to simplify, streamline, and just get married already, eloping can be a tempting option — and what better place to elope than Vegas? Sin City elopements aren’t all about Elvis impersonators and sneaking off in the middle of the night. Ceremonies in and around Vegas can be every bit as stylish, personal, and tasteful as traditional weddings. In fact, the term “elopement” is often misunderstood. While it can be a couple who’s run away to be married in secret, McKenzi Taylor, founder of Cactus Collective Weddings in Vegas, takes a more expansive view. Taylor defines eloping as an intimate destination wedding with fewer than 50 guests, and offered some tips for couples considering it.

1. Consider the why. Before you elope, make sure you and your fiancé are clear about why you’re doing it — and know how to articulate that clearly to others. “There could be lifelong hurt feelings from family and friends if the ‘why’ isn’t solid,” Taylor tells Brit + Co. Once you decide on the why, you’ll have to determine who (if anyone) is invited. It’s typically easier to tell either none of or all of your family and friends that you’re eloping, she says. Letting just a few people into the secret can get messy.

2. It’s not all about the Strip. While all the chapels and other venues on the Vegas Strip serve a purpose (and can be super fun), there are plenty of other options too. Taylor’s company helps host weddings at Red Rock Canyon, Cactus Joe’s Blue Diamond Nursery, Eldorado Dry Lake Bed, and other stunning locales in the area. Using local experts is key to making things run smoothly. “It might appear that folks are just getting married in the middle of the desert with ease, but most of the locations in and around the Vegas valley do require permits and some planning,” she says. “Use the local experts to help.”

3. Have a budget — but don’t skimp. “Vegas used to be known for the $1.99 steak buffet, but it’s not as cheap as it used to be,” Taylor says. While an elopement may be more budget-friendly than a big traditional wedding, you still don’t want to skimp on things like hair, makeup, a professional officiant, and a photographer. “This is still your wedding day and a day you want to remember, no matter how small it is,” she adds. To save money, consider a weekday ceremony, as midweek travel is often cheaper and more vendors are more available.

4. Don’t stress. If you’re eloping, then elope! “Obviously, people planning an elopement are looking for a way to have their wedding stress-free, but you’d be surprised at how many people still get wrapped up in the little details,” Taylor warns. “Let your vendors do what they need to do, and enjoy your day!”

5. What to say if you say “I do” in secret. Taylor says she and her husband eloped secretly almost two years ago and weren’t fully prepared for how they would tell their family and friends — nor how to handle their disappointment in not being able to be there for the big day. She encourages couples to think about how they’ll explain their decision after the fact, and suggests offering a sentimental gift, such as a picture from the ceremony, or a heartfelt note, along with the news. She also recommends hosting a reception at some point after they say their vows. “People may feel a little bit robbed. They want to celebrate with you! A reception, even months later, provides that opportunity,” Taylor suggests.