10 Life Lessons I Learned from Binge-Watching ‘The O.C.’ As an Adult 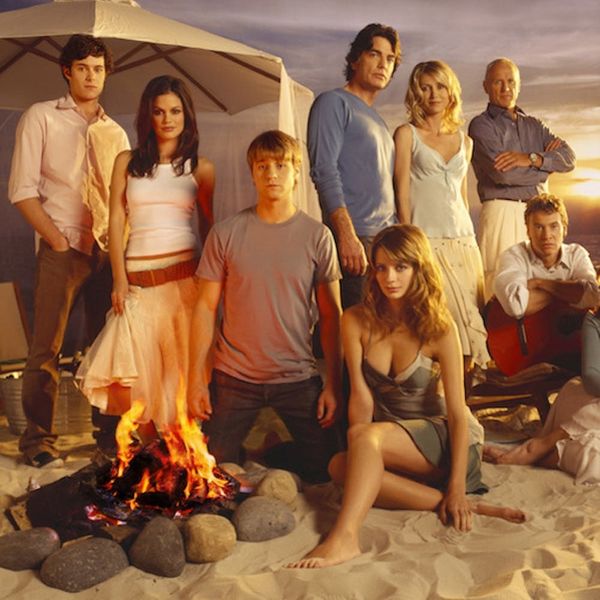 I don’t want to say that I didn’t appreciate The O.C. when it aired in real time in 2003, because I really did. I knew from the moment those haunting Phantom Planet lyrics started playing from my TV screen that I had something special. I knew from the moment that Ryan Atwood and Marissa Cooper locked eyes for the first time that I was about to witness a love story unlike any other one I’d seen. If I sound dramatic, it’s because I mean to be! As an awkward middle schooler, The O.C.‘s quippy dialogue and emotional scenes gave me an outlet for my adolescent emotions, and its top-notch soundtracks set the stage for teary nights in my room.

I recently embarked on my first binge-watch of the first season as an adult, and I was fascinated by the extent to which a little grown-up perspective changed my colorful Orange County world. Once totally enamored with Marissa and Summer’s wardrobes, I was now more concerned with the subtle relationship dynamics playing out on screen (okay, the fashion is still pretty incredible). Once too in love with Seth to see his flaws, I was now tuned into the way his social faux pas and self-absorption made him kind of a bad catch. The O.C. has plenty to teach tweens and adults about, but here are just 10 of the life lessons I learned from my recent rewatch of the show’s first season.

1. A homemade breakfast can cure anything that ails you — and is pretty much guaranteed to make you more popular in any situation. A major tension in the first few episodes is the conflict between Sandy and Kirsten Cohen about whether or not Ryan should be allowed to stay in that beautiful pool house on a more permanent basis. True to form, Sandy the “Crusader for Justice” wants to give the kid from Chino a shot, while Kirsten thinks he’d be better off in foster care. While Ryan’s homemade breakfast doesn’t mark the final conclusion to this conflict, it definitely eases tensions between him and Kirsten. It just goes to show — there are few things that perfectly scrambled eggs can’t fix!

2. Hiding from a problem is typically not the best solution. As any group of high schoolers — or, at least, any group of high schoolers with easy access to empty mansions — would do, Seth and Marissa decide that the best way to avoid having Ryan sent to foster care is to hide him in one of Kirsten and Caleb’s model homes. Great idea, right? Wrong! I’ll spare you the dramatic details of the fight, the fire, and the awkward revelations about the history between Marissa’s dad and Kirsten, but suffice to say that hiding from potential consequences is rarely the answer… even if you are planning to do it in a mansion.

3. Share your dreams with the people you love. While Seth is open with Ryan early in the season about his dream to sail alone to Tahiti, it’s unclear whether or not he’s been as clear with his parents about it. This comes back to bite him in the you-know-where later in the season (and into season two), when he decides to flee Newport in pursuit of his lone journey. Don’t you think it would’ve been handy for people to know his dreams so they could support him in a more meaningful way?

4. Be open about your exes. Oh, where do I begin with this one? There are countless instances in this series where untold secrets about a previous relationship rear their ugly head at very inopportune times for the people involved, but let’s call Ryan, Marissa, and Theresa Exhibit A. If Ryan had been honest with new flame Marissa about his romantic past in Chino from the get-go, he would have avoided an extremely uncomfortable Thanksgiving encounter… and who knows what else? If you’ve had a tendency to be cagey about your exes with a current bae, watching Ryan’s example should make you want to be more honest.

5. People are rarely as intimidating as you think they are. For years, Seth was so enamored with Summer that all he could do was pine for her and secretly bestow her name on his boat, but when they finally met and start flirting, he learns that he’s not the only student at The Harbor School who sleeps with a toy horse next to their bed. (Princess Sparkle and Captain Oats are still so meant to be.) Think of how much less time our boy Cohen would have spent feeling sorry for himself if he’d thought for even one second that Summer was potentially his own kind of dork.

6. It’s important to know when to bring in an expert. Marissa got in way over her head when she tried to tackle Oliver’s health issues on her own, and while she probably needed a real grown up, even adults can learn from the cautionary tale that played out in the penthouse of that fancy hotel. It’s important to learn what you can handle and what’s above your pay grade. There’s no shame in admitting that you can’t get through something on your own. Rather, there’s only shame in knowing that a problem exists and that you didn’t seek the help that’s really needed.

7. Making a choice is almost always necessary, even if it seems like you can have it all. Teenagers everywhere swooned at the thought of being in Seth’s shoes (Chuck Taylors, obviously) and having two seemingly perfect suitors vying for their attention. Remember those awesome Chrismukkah gifts Seth got from both Summer and Anna? Well, it seemed too good to be true at the time… and it was, because in the end, Seth had to make a choice, and his inability to do so in the first place really damaged his credibility.

8. When people show you who they are, believe them the first time. Sandy and Kirsten spend a lot of time in the first season trying to put their faith in Caleb, even though he continually proved not to be trusted. While it’s nice to give people the benefit of the doubt, this dysfunctional family dynamic should serve as a reminder to all of us that people’s actions speak a whole lot louder than their words.

9. It takes a lot longer to rebuild trust than it does to destroy it. Ryan is basically the poster child for trust issues, and every time he’s let down by one of his friends (ahem, Marissa), we get a front row seat to the inevitably long process of the aforementioned disappointing friend trying to win him back. Life would be much easier — and TV much less interesting, I guess — if we didn’t tamper with people’s trust in the first place.

10. Appreciate family members and all of their quirks. No relationship better demonstrates this truth than that between the Cohen family and The Nana. By the time Sandy’s mother has arrived in Newport, we’ve already been treated to tons of family folklore about how intimidating and, well, mean she is. So when we find out later in the episode (spoiler alert!) that she actually has cancer, it’s like a punch to the gut for us too. This particular emotional roller coaster should serve as a lesson to us all that it’s important to appreciate the good, the bad, and the ugly in our family members because our time with them isn’t guaranteed.

What life lessons did you take from the shows you loved most as a teenager? Tweet us @BritandCo!

Alli Hoff Kosik
Alli Hoff Kosik is a freelance writer who is passionate about reading, running, rainbow sprinkles, her lipstick collection, watching embarrassing reality TV, and drinking pink wine. She lives in Brooklyn with her husband and (in her dreams, at least) three golden retriever puppies. Listen to her talk books on The SSR Podcast.
Adulting
Adulting
Adulting Creativity TV TV Recaps
More From Adulting