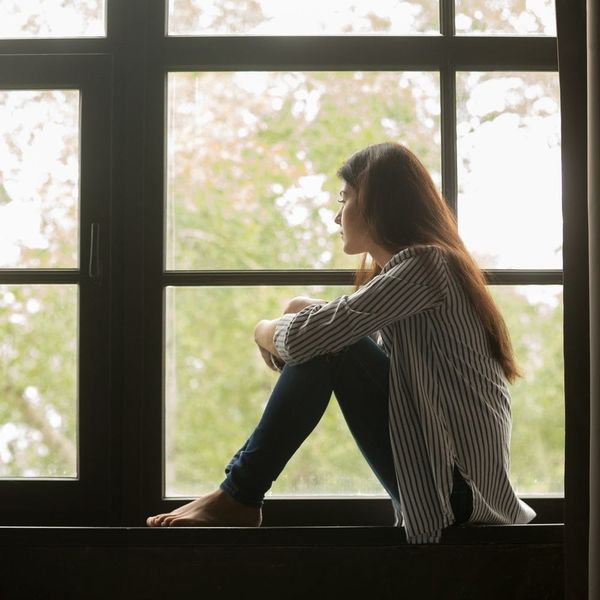 As the romantics among us have long suspected, you really can metaphorically and literally die from a broken heart. Takotsubo syndrome (TTS) is a heart condition that’s been nicknamed “broken-heart syndrome” because it is often triggered by a highly emotional event, whether happy or sad. There can also be a physical cause, including an asthma attack, surgery, or a car accident. The big question researchers are trying to solve is why some people’s hearts respond to stress this way — a question that a team at the University of Switzerland have moved closer to answering with a new study published in the European Heart Journal. Their research reminds us that your head really can affect your heart.

What Is Takotsubo Syndrome?

Takotsubo syndrome is characterized by a weakened left ventricle as a result of changes in heart muscle cells and/or coronary blood vessels. The ventricle balloons, causing it to resemble the Japanese octopus pot the condition is named after. “Typically heart disease is due to problems with the valves like calcification, or cholesterol plaque in the arteries,” explains neurologist Nirav Shah, MD, CEO of Sentinel Healthcare in Seattle. “Takotsubo syndrome is different because it is not primarily due to disease of the heart. It is thought to arise from people undergoing extreme stress and the response to the stress dilates the heart like a pot.” TTS comes on suddenly and affects more women than men, and symptoms are similar to a heart attack caused by a blockage, including shortness of breath and chest pains. Most people’s heart muscles recover, but it can be fatal.

Instead of looking at the heart for answers, researchers at the University of Switzerland went to the source of the emotional stress itself: The brain. It turns out that the metaphorical connection between your emotions and your heart are not completely unscientific. “Often neurologists will see a set of problems that are not clearly from brain damage, but are likely from the mind,” Dr. Shah confirms. “For example, some people come to the hospital seeming to have ‘seizures’ due to stress or other trauma… People who have panic attacks feel pressure in their chest and a pounding.”

There are certain parts of your brain that are responsible for processing emotions (as part of the limbic system) and for controlling unconscious physical processes like heartbeat (in the autonomic nervous system.) The researchers were particularly interested in the amygdala: That’s the part of your brain that responds to fear by activating your fight-or-flight system. They also looked at the hippocampus, which is responsible for memories. Dr. Shah explains that if something threatening is approaching, your brain processes the threat by drawing on your past experiences to determine if it’s actually dangerous (that’s your hippocampus’ job), and then once it’s scared, your amygdala tells your autonomic nervous system to send out adrenaline that will make your heart pump blood to your muscles faster, so you can run away. In this way, these parts of the brain are important both because they help us process emotions and memories, and because they cause a physical response, notably in your heart.

The researchers wanted to see if people with TTS showed any differences in these brain regions compared to a control group. They scanned the brains of 15 female patients with TTS and 39 without. They found that those with TTS showed weaker functional connectivity between separate parts of the brain involved in processing emotions and regulating heartbeat, compared to the control group. Basically, this means that in people with TTS, the parts of the brain that work together to regulate both emotions and heartbeat aren’t communicating with each other as effectively. In addition, the researchers found that TTS patients showed weaker connectivity between parts of the brain that form the default network mode: regions of the brain that are active when we’re at rest (e.g., daydreaming, planning what to have for dinner, or thinking over our day.) They suggested that lower performance from these parts of the brain might make TTS patients less able to regulate stress, which in turn puts pressure on the heart.

As with all studies, there are limitations. The authors note that since they didn’t scan the TTS patients’ brains before they had their attack, they can’t determine whether that lower connectivity leads people to get TTS, or whether getting TTS causes the decreased communication. However, it is a promising development in that it shows the brain likely plays a role in the condition. “This study is interesting because it is the first to demonstrate what was suspected but never demonstrated,” Dr. Shah says. “The idea of functional connectivity is relatively new and provides a better understanding of how the brain can cause TTS. It could be the basis for future work to understand other diseases.” So there is some hope for the brokenhearted.

RELATED: 10 Surprising Facts You Didn’t Know About Your Heart