5 Tips to Nail Your LinkedIn Profile Like a Boss 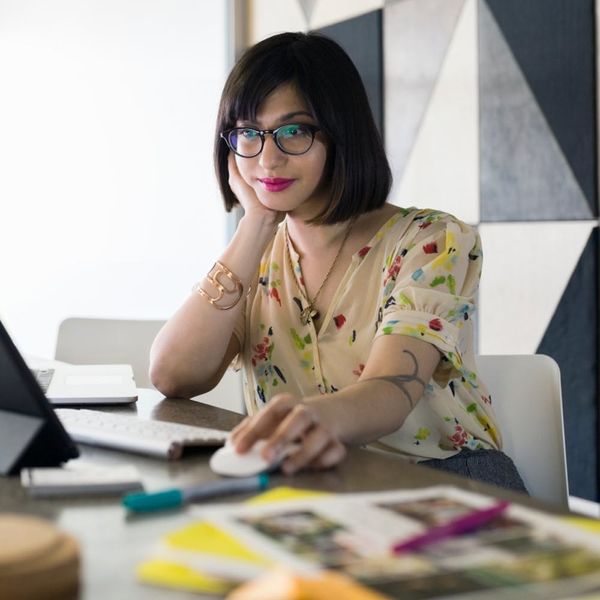 LinkedIn has been around for a loooong time — since 2002, that is. Facebook was still a mere fantasy of Harvard underclassman Mark Zuckerberg, and the first iPhone wouldn’t be released for another five years, indicating just how far off Instagram and Snapchat were. But in the years since the releases of the latter three social media sites, they have displaced LinkedIn in setting the precedent for how we act online, which is typically very casually, lightheartedly, and sometimes even intimately. But because LinkedIn serves such a different purpose than its more “social” social media counterparts, it comes with its own, potentially unfamiliar set of rules. Anna Wood, a career and lifestyle consultant and “female empoweress” who founded Brains Over Blonde, gave us the lowdown on how to best present yourself on LinkedIn.

1. Don’t accept everyone who adds you. There’s a common notion that you must accept everyone who adds you on LinkedIn in order to expand your network. Wood, who doesn’t accept just anyone on her personal account, disagrees, maintaining the same mentality that most people have for Facebook friends. “I like to keep my feed clean to the people I know and care about following,” she tells us. “Plus, you don’t know what others’ reputations are, and your connections are visible to everyone.”

2. Respond to most recruiters. Recruiters and headhunters might reach out to you on the social media site occasionally, especially if you’ve selected the “Let recruiters know you’re open” option. But this doesn’t mean you need to extensively engage with everyone who slides into your DMs. “If you’re not interested, say so,” suggests Wood. “They’ll appreciate the response.” If you’re not particularly intrigued by the offer but you’d still like to respond, Wood says this is a prime opportunity to make your interests more explicitly known. “It’s also a chance to let them know what you are interested in or to start a relationship for when you may be looking in the future.”

3. Post updates regularly. Similar to Facebook’s status updates, LinkedIn offers a less-used article option that allows users to post text, images, and videos. This isn’t necessarily the place to dish about the latest celeb gossip (leave that for your FB friends), but Woods is an advocate of the article feature, if used appropriately. “Publishing articles on LinkedIn is a great way to gain credibility in your field as a thought leader and build your personal brand.”

4. Get a professional profile picture taken. A crop job simply won’t cut it on LinkedIn, Wood cautions, especially if said photo was taken in a social rather than a professional setting. Wood recommends the site Snappr for an affordable photoshoot — or even just asking a pal with a nice point-and-shoot to snap some pictures of you in front of a white wall or at your desk. It’s “so easy and makes a huge diff,” she encourages.

5. Use searchable terms in your headline. A common mistake most LinkedIn rookies make, according to Wood, is listing your official job title and your job title alone in the headline section. “Your LinkedIn headline should include searchable terms you want to show up for,” Wood explains. “Think ‘entrepreneur,’ ‘thought leader,’ ‘innovator,’ ‘social media expert.'” Your company and position show up to the right of the headline, so including an innovative headline will set you apart and avoid redundancy.

How do you leverage LinkedIn? Let us know @BritandCo.

Annamarie Higley
Annamarie is a Californian who's been plopped in the middle of Missouri for her undergraduate studies in magazine journalism. She's a hiker, an eater, a lover of words. In her opinion, nothing beats a well-made breakfast sammy or a well-crafted sentence.
Career Advice
Work
Career Advice Social Media
More From Work