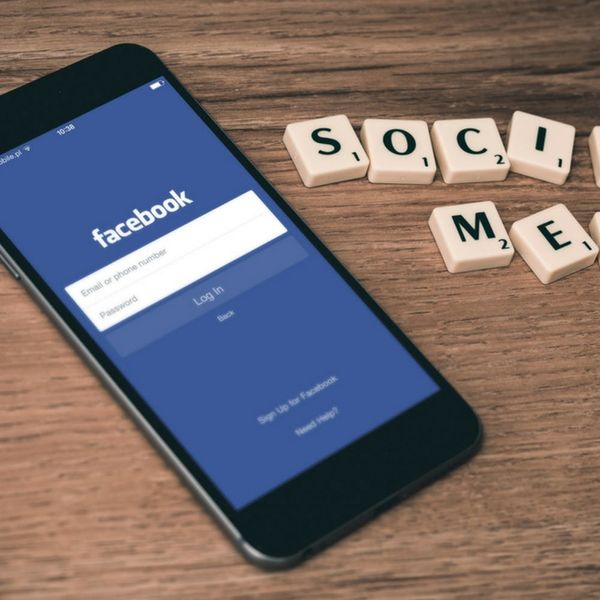 Ever since news broke that British consulting firm Cambridge Analytica used data gleaned from some 87 million Facebook accounts (up from the 50 million originally reported) in an attempt to manipulate the 2016 election, users have been livid. This latest breach of trust has plenty of Facebook users threatening to call it quits and leave the site altogether. Before pulling the plug, it’s worth considering exactly how Facebook influences our lives — for better and for worse.

There are the obvious ways that Facebook has made itself indispensable. It allows us to stay connect with distant friends, to share the details of our lives with those we love, and to publicise our ideas and projects. But can’t we do that elsewhere? On Instagram or Twitter or Snapchat?

“There is nothing that can replace Facebook when it comes to the kinds of interactions it facilitates,” says Wittkower.

He believes that the very structure of the site — the format of posts and comments, features like favorites and likes, the scrolling wall — is designed to create and maintain personal relationships.

“You can’t just say, ‘I’m going to use LinkedIn or Tumblr for these things,’” says Wittkower. “Facebook is simply better at building intimate relationships.”

He also talks about something called “Intimacy creep.” Yes, it sounds icky, but is actually one of the seldom considered positives of Facebook.

Here’s how it works: most of us exist in several different worlds — home, work, family, hobbies — and are Facebook friends with individuals from all of these worlds. When you share something that is intended for one audience (say, a political post targeted at your close friends) and someone from another sphere of your life (that guy from your salsa class) engages with your post, worlds collide — and that isn’t necessarily a bad thing. The current polarized political climate is due, at least in part, to a divided population voicing opinions into an echo chamber of positive reinforcement. Preaching to the choir isn’t terribly useful at this juncture, but the sort of uncomfortable conversations between Aunt Judy and Doug from accounting that are only possible on Facebook may actually be helpful.

Another thing to think about before clicking “Delete Profile,” is who and what will fill the void you leave behind. Those who are bothering to consider leaving the site, who are informed about the actions of Cambridge Analytica and concerned about the exploitation of data for political gain, are just the sort of people the world needs to stay engaged. Important conversations often take place on Facebook. Having an account gives you a voice, and deleting that account silences it.

“If the people worried about being manipulated by Facebook leave Facebook, it could become an unmoderated, out-of-control hotbed of conspiracy theories and false information,” says Wittkower.

Of course, there are many reasons to tread carefully if you do plan to keep using the site. One study found a link between Facebook usage and reduced emotional empathy, while another correlated Facebook use with an increase in depression, though the methodology of both studies has been called into question by experts like Wittkower. A recent study found that using Facebook causes an increase in the stress-causing hormone cortisol. Basically, consider your mental health before scrolling through your feed for hours at a time.

But of course, the big concern is and will continue to be privacy, privacy, privacy. The news that a firm like Cambridge Analytica used harvested Facebook data in an attempt to influence politics came as little surprise to experts like Wittkower, who have been sounding the alarm about this issue for years. Now that it’s front page news, how freaked out do we need to be?

Well, up until 2015, Facebook was basically giving app developers way too much access to user data (for a great rundown on this, check out Chris Kavanagh’s piece on Medium). In the face of mounting public concern, Facebook made policy changes that reigned in the free-for-all that allowed firms like Cambridge Analytics to gather data in the millions.

Does that mean our Facebook data is now protected? Not really, according to Danny Paskin, an associate professor at California State University, Long Beach and an expert in new and social media.

“Every time you grant permission to an app on Facebook (such as a game or quiz), remember that you’re not only granting it for now, but forever, as long as you don’t turn the permission off,” writes Paskin in an email. “Until you do so, that app will keep having access to old and new content you post, even if you never use it again.”

His advice? Take a look at the apps you’ve granted access to your profile. If it makes you uncomfortable knowing they can see what you’re up to online, delete them.

It’s also worth noting the fluid nature of Facebook’s relationship with its users — the rules are constantly changing.

“I do believe Facebook will change the way it does their business – not because it’s the right thing to do, but because it will hurt their bottom line otherwise,” says Paskin. “It’s definitely not good for Facebook to see a trending #DeleteFacebook hashtag going viral.”

If you do decide to stay plugged in here are some tips on how to keep using Facebook safely.

Are you thinking of ditching Facebook? Tell us @britandco.

Lia Grainger
Lia Grainger is a freelance journalist and reluctant nomad who divides her time between Canada and Spain, weather dependent. She's written for The Atlantic, Reader's Digest, the Toronto Star and other print and online publications, and her work appears in dozens of languages around the world.
Controversy
Current Events
Controversy Facebook Tech News
More From Current Events