The Rise of the Groceraunt Is All Thanks to Millennials 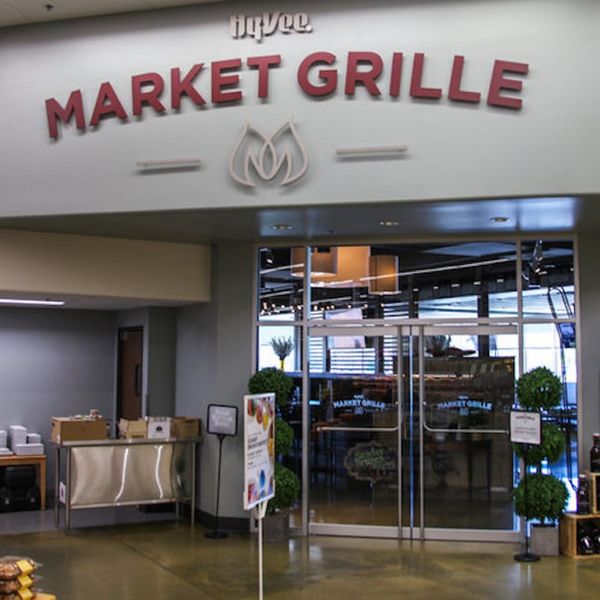 Imagine walking into your local supermarket, and instead of delving right into your shopping, you head to a full-service bar. Or maybe you hit up the ramen joint tucked away next to the deli counter to enjoy a laid-back meal with your S.O. Sound familiar? That’s because the concept of the “groceraunt” — that is, a restaurant within a grocery store — is gaining major traction across the country, and Millennials and Generation Z are driving the change.

why the groceraunt appeals to millennials

For one thing, Millennials love to eat out: According to NPR, more than half of Millennials report going out to eat within any given week, while only 42 percent of people from other generations do.

Millennials are also wary of the supermarket. Health and environmental consciousness is widespread among people under 35, and thanks to movements like veganism and farm-to-table, they’re becoming a lot pickier about where the food comes from.

The Many Faces of the Groceraunt

So, what does the groceraunt look like? You probably already know. Whole Foods began pioneering the concept roughly 30 years ago, but nowadays, the scene is much, much, bigger. At Chicago’s largest Whole Foods location in Lincoln Park, it’s not uncommon to see patrons wandering around with their shopping cart, craft beer in hand. Another Chicago-area grocery chain, Mariano’s, offers mimosa parties and wine tastings, according to Eater.

Meanwhile, smaller chains like Hy-Vee in the Midwest and the internationally established Eataly offer truly in-house dining. “The definition is a freestanding restaurant that is located either adjacent to or within a supermarket,” food service analyst Phil Lempert told Eater. “It is not a prepared foods counter. It’s not a pizzeria that is in a supermarket that has a little area that you can take your pizza and walk over to. It’s more of a full-service type of restaurant or a semi-service type of restaurant.”

The Future of the American Supermarket

According to the NPD Group, take-out and eat-in restaurants within grocery stores have grown by more than 30 percent since 2008. And with Gen-Zers likely to have similar tastes to Millennials in terms of food preferences and culture, it would seem that the groceraunt isn’t going away anytime soon.

(Photos via NPR and Eater)

Maggie McCracken
Maggie McCracken is a freelance writer, blogger and aspiring digital nomad. She writes primarily about food, travel, yoga and healthy living, and she has a background in health and science journalism. You can read more of her work on her lifestyle and travel blog, The Olive Branch.
Foodie
Food Adulting
Foodie
The Conversation
More From Food Adulting