Lobster Season! Dig Your Claws into These 13 Roll Recipes 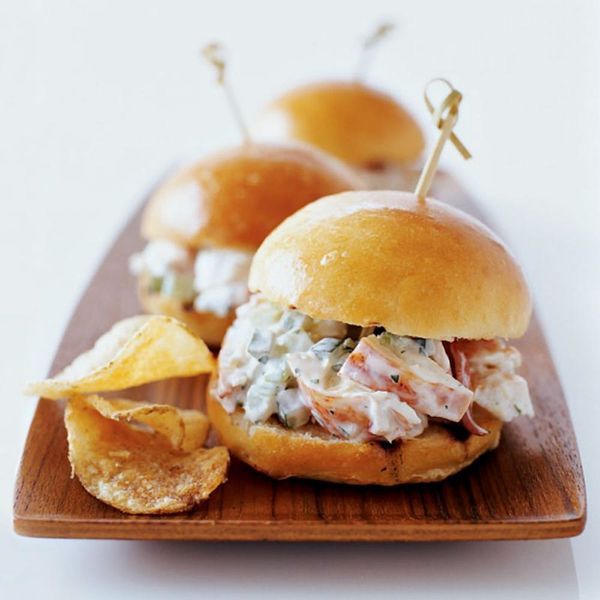 The waters are warming, y’all. And if you don’t know what that means, you’ve never taken part in the New England summer ritual of biting into a big, buttery lobster roll. There are tons of regional variations that stake their claims as the originals. Whether you argue that it should be served cold and kissed with tangy mayonnaise or hot and dressed in nothing but melted butter, it’s time to get ready to eat your way along the New England coast in buttery pursuit of the lobster roll that reigns supreme. We’ve compiled the best of the best. So grab your crackers, scope out your local seafood providers and try out these recipes that have definitely earned their claws.

1. Maine-Style Lobster Roll: The characteristics of a Maine lobster roll are two-fold. 1. The lobster meat is served cold. 2. The roll itself is a “New England” roll that is baked to have flat sides and a split top. (via Bon Appetit)

4. The Best Lobster Rolls Ever: Yes, really. Take it from someone who scoured the coast, eating roll after roll and perfecting this standout recipe, which includes homemade mayonnaise. (via Food Nouveau)

5. Mexican BLT Lobster Rolls: Retooling this summertime classic is a bold move but how can you say no to bacon… bacon and lobstah… oh stop it! (via Rachael Ray Magazine)

6. Deluxe Lobster and Potato Chip Rolls: We all did it as kids — layering salty chips in between our sandwiches for added crunch. Why not kick things up a notch with a Tabasco-spiked lobster and potato chip roll? (via Food and Wine)

7. Flatbread Lobster Roll: Now here’s a recipe that puts the roll into lobster roll. (via The Bite House)

8. Lobster Rolls with Lemon Vinaigrette and Garlic Butter: Sink or swim? Foregoing the mayo could cause this rebel lobster roll to sink. But boldly allowing lobster’s natural sweetness to play out, this recipe is a definite swim. (via Noble Pig)

11. Lobster and Vanilla Club Sandwich: Vanilla-aioli-whaaaat? Smother perfectly toasted bread with a hint of the bean to highlight lobster’s delicate and briny flavor. (via Food Republic)

12. Lobster Sliders: Lobster says summer, but cranking out lobster roll sliders says it louder! Be sure to serve these with ice cold beer. (via Food and Wine)

13. Beer-Steamed Lobster Po’ Boys: Okay, it’s not a traditional lobster roll but we’re not necessarily traditionalists either. Beer, lobster and a Cajun classic sounds like a righteous combo to us. (via Oh Joy)

What lobster roll recipes are you totally hooked on? Share your catch in the comments below.

Michelle Swift
Michelle Swift is a freelance writer and blogs on michelleswift.com. She has an affinity for running, culinary eats, travel and sparkly gold things. People and adventure light her up like a hot pink neon sign!
recipe roundup
Recipes
recipe roundup
The Conversation
Reviews:
More From Recipes