Meet Amena Khan: The First Model to Wear a Hijab in a Major Hair Campaign 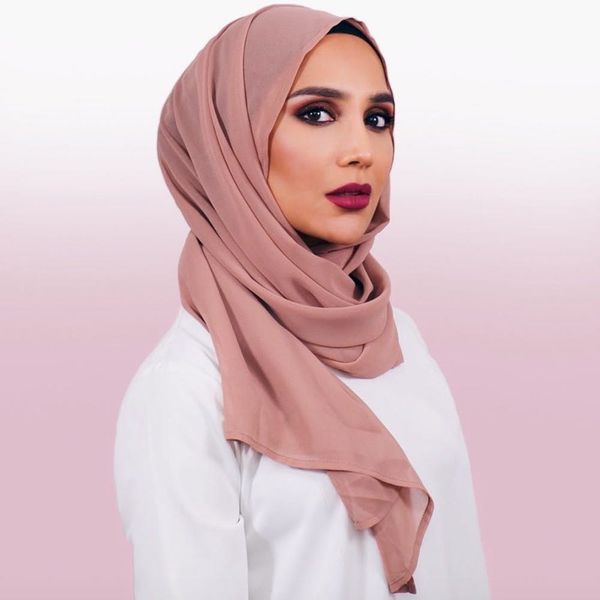 When it comes to ad campaigns, diversity matters: Just ask retailers like Revolve or H&M, both of which are dealing with consumer fallout over that very issue. L’Oréal Paris, on the other hand, is heading in a far more positive direction with its latest advert, taking a major step forward with its new Elvive campaign, which features the first model to wear a hijab in a major international hair spot… well, ever, according to the Huffington Post.

Amena Khan, a London-based beauty blogger, model, and co-founder of Ardere Cosmetics, the company’s newest famous face, made the historical announcement over on her Instagram account.

“So… lately I’ve had a complex relationship with my hair feeling lacklustre,” she wrote. “When I take off my scarf, I want my hair to be more radiant — don’t we all? I’m so excited and incredibly proud to announce that I‘m part of the new L’Oréal Paris Elvive World of Care Campaign…”

While some people might question the use of a hijab, which typically covers one’s coif, in an ad spot targeting hair care users, as Khan explained to Vogue, women who don’t show their hair still maintain their locks, and let them down inside the home. “You have to wonder — why is it presumed that women that don’t show their hair don’t look after it?” she asked. “The opposite of that would be that everyone that does show their hair only looks after it for the sake of showing it to others. And that mindset strips us of our autonomy and our sense of independence.”

She continued on to add that hair is an important part of her own sense of self. “…Hair is a big part of self-care… For me, my hair is an extension of my femininity. I love styling my hair, I love putting products in it, and I love it to smell nice. It’s an expression of who I am,” she explains. “…When I look in the mirror, it’s who I am. If I know my hair is greasy, but I have a scarf on it, I still feel rubbish all day — even if it’s covered.”

Khan didn’t start wearing a headscarf until she was in her 20s, but even before that, she lamented the lack of representation in the media. “I think seeing a campaign like this would have given me more of a sense of belonging,” she mused. “I trusted L’Oréal that they would communicate the message well. If the message is authentic and the voice behind it is authentic, you can’t deny what’s being said.”

What do you think of L’Oréal’s decision? Tell us @BritandCo!

Shea Lignitz
Shea can be found in the nearest bookstore or brewery, exploring the great outdoors, or blasting Led Zeppelin. She grew up in the cold and rain of Northern California's redwoods but is currently wandering around Texas.
Celebrity Beauty
Beauty News
Celebrity Beauty Hair