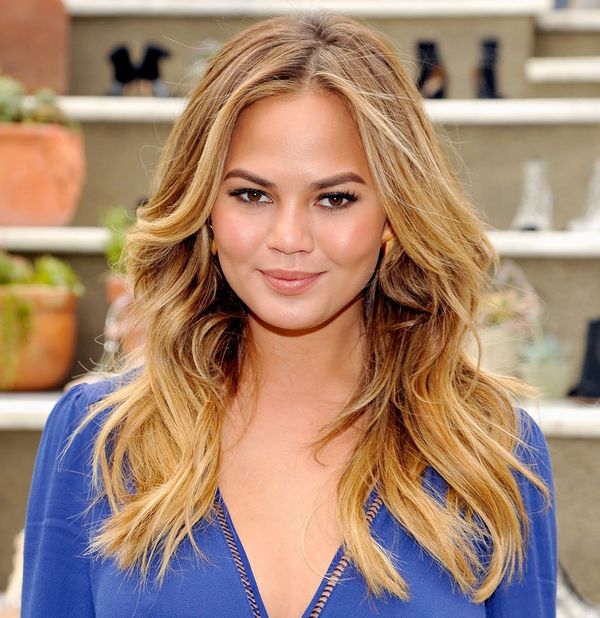 In 2018’s increasingly woke society, things like lack of diversity are no longer acceptable. While the issue is still a major problem in the fashion industry, consumers and fashion influencers around the globe, such as Chrissy Teigen and Ashley Graham, are using their voices via social media to call brands out over a lack of fair representation in their products and ad campaigns. The latest retailer to catch heat for failing to be inclusive is e-commerce site Revolve, which has fans none too pleased after a recent Instagram push.

Ironically, the brand, which recently partnered with one of the loudest voices championing for change, Chrissy Teigen, is now the subject of the hashtag #RevolveSoWhite after it sparked controversy with a photo of four models in striped swimsuits.

soaking up some vitamin sea💦 #revolvearoundtheworld

In the shot, four influencers in coordinating bathing suits on a getaway trip as part of the brand’s #RevolveAroundTheWorld series. As fans were quick to point out on the post and much of the company’s varying social feeds, the girls depicted are quite visually similar, despite possessing different ethnic backgrounds, with one model of Brazilian descent, one of Asian-American descent, and one of Iranian descent.

They also took note of their similar body shapes, with commenters sounding off on the post with remarks such as,”No diversity at all!!! So where are the women that look like me?,” “Love Revolve but wish you were more inclusive. Hear us, respond to us. Promote women of all sizes and colors, your audience needs representation!,” “It’s sad how you refuse to acknowledge and work with bloggers of color,” and “I mean did you listen to Oprah’s [Golden Globes] speech for goodness sake!!?”

Revolve has yet to comment on its controversy, though the brand did seem to take note of the comments: The next day, a post featuring Asian-American influencer and Korean-American designer Jenn Im was shared, as was one featuring Kim Kardashian West’s former assistant, Stephanie Ann Shepard.

What do you think of the latest controversy surrounding Revolve? Tell us @BritandCo!

Arielle Tschinkel
Arielle Tschinkel is a pop culture junkie who went to NYU because the Olsen twins went to NYU (really). She is a freelance writer whose work has also been featured on HelloGiggles, Refinery29, SheKnows, Bustle, Hollywood.com, and many others; and she's living her dream one Britney Spears GIF at a time. Follow her on Twitter @mrstschinkel or visit her website at arielletschinkel.com.
Chrissy Teigen
Style News
Chrissy Teigen Controversy Style
More From Style News