Mac Miller Was Honored at a Celebration of Life Concert With Chance the Rapper, Travis Scott, John Mayer, and More 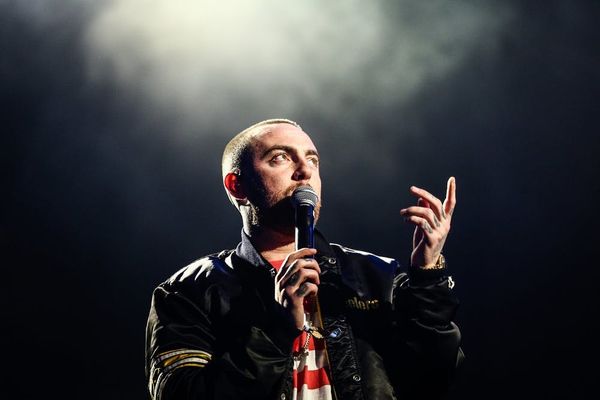 On Wednesday, October 31, nearly two months after Mac Miller’s untimely death at age 26, his loved ones and peers paid tribute to the late musician at a Celebration of Life concert.

The rapper, AKA Malcolm McCormick, was previously scheduled to perform on Halloween night at Los Angeles’ Greek Theatre. In his absence, many of his well-known musician friends got together to carry out a different version of the show he would have performed. Action Bronson, Anderson.Paak, Chance the Rapper, Dylan Reynolds, Domo Genesis, Earl Sweatshirt, J.I.D, John Mayer, Miguel, Njomza, Schoolboy Q, SZA, Thundercat, Travis Scott, Ty Dolla $ign, and Vince Staples all appeared.

Many of the artists chose to cover songs from Miller’s body of work. John Mayer performed Miller’s “Small Worlds,” from the late rapper’s most recent album Swimming, which was just released in August. Miguel performed his 2015 duet with the rapper, “Weekend,” using a recording of Miller’s voice as accompaniment. Others, like Schoolboy Q, chose to perform songs that were written about, with, or in the presence of their friend over the years.

The show also featured an appearance from Apple Music/Beats1 host Zane Lowe, who requested a moment of silence in honor of the victims of the synagogue shooting in Pittsburgh, Miller’s hometown. He then delivered an emotional speech, which included highlights from his own career interviewing and getting to know the rapper.

Proceeds from ticket sales of the show went toward a charity formed in Miller’s honor, Mac Miller Circles Fund (MMCF), which aims to provide “programming, resources, and opportunities to youth from underserved communities, helping them recognize their full potential through exploration in the arts and community building.”

The entire show was live-streamed and is now archived on YouTube. You can watch the Mac Miller: Celebration of Life concert below.

Did you watch the Mac Miller: Celebration of Life concert? Let us know @BritandCo.