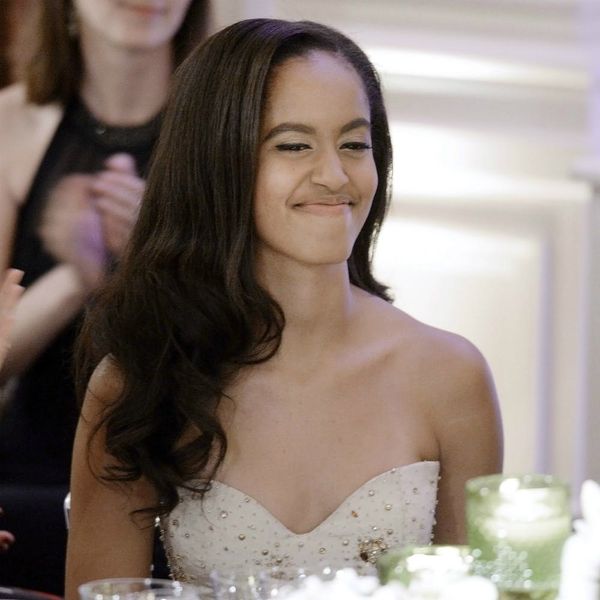 For the past eight years, we’ve watched the first couple’s daughters’ Malia and Sasha grow up as gracefully as could be in the public eye, and now that their father’s term is nearing a close (dropping the mic with an “Obama out” heard round the world), Malia, for one, is looking to the future with a big announcement: She’s going to Harvard.

Joining both mom and dad (both of whom have law degrees from the University), the President’s eldest has already proved she’s ambitious with several super cool internships under her belt, so we’re not surprised she’s chosen to take on such an intense course load. But first? A year-long break to enjoy life outside the spotlight (or at least less so than she’s used to).

Aka a “gap year,” the practice of taking a one-year break before college is becoming increasingly popular for American students, according to Time, especially with regard to those with more notoriously rigorous schedules — Harvard actually encourages it, citing roughly 80-110 deferrals per year.

Break or no break, Malia and the Obamas have a lot to be proud of with this latest accomplishment — for the upcoming graduating class of 2019, Harvard cited 37,707 applicants, only 2,080 of which were admitted: that’s less than a 6% acceptance rate!