This Is Why Millennials Are Great at Marriage 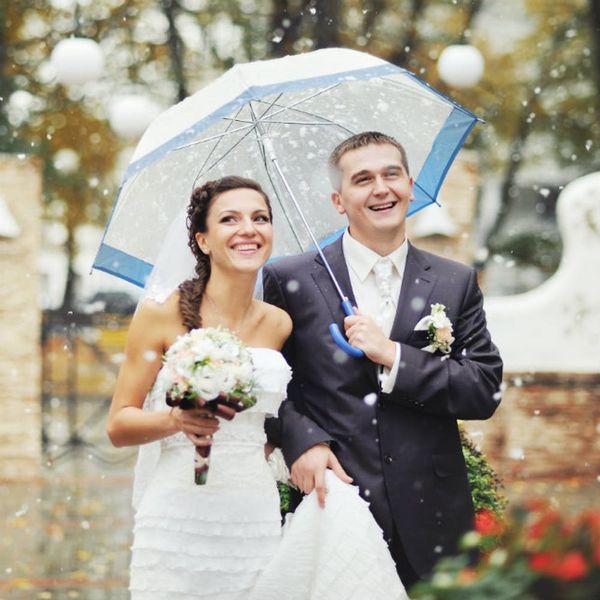 Lurking under the ever-present whimsy of Pinterest wedding planning inspo and the blinding sparkle of that stunning engagement ring you’ve been coveting is one (very) scary word: divorce. We hate to kill the romantic mood, but we all know the facts — we millennials were raised in a world of rising separation statistics. The upside? It seems that our generation has learned from those that came before us, because divorce rates are down for Gen Y. Go millennials, right? Another interesting stat potentially related to this trend, though, is a decrease in marriage rates too.

According to data released in late 2016 from Bowling Green State University’s National Center for Family and Marriage Research’s 2015 family profiles, divorce rates have been dropping consistently for three years in a row. As of 2015, the divorce rate was down 25 percent compared to 1980. At this stage, the decline can be attributed — at least in part — to a generation gap.

It’ll be a few years before we can really confirm whether or not millennials will continue beating the divorce odds by staying in their marriages long term, but what we already know is that this generation is less likely to say “I do” in the first place, particularly at younger ages. According to 2016 Census data, the average age for a first marriage is now 27 for women and 29 for men. These numbers have been steadily increasing for the last several decades.

Information collected from Gallup daily tracking and released in 2016 reflects a similar trend. Based on this data, 27 percent of millennials were married in 2014, while according to historical Census data, 36 percent of Generation Xers, 48 percent of baby boomers, and 65 percent of traditionalists were married when they were at comparable ages to those millennials.

From where we sit, it seems like part of the secret to millennials’ successful (at least, so far) marriages is the fact that they’re making that major lifetime commitment later. Samantha Daniels, relationship expert and founder of The Dating Lounge app, credits pickiness and lack of marriage pressure with this trend.

“The societal ideals of getting married and starting a family in your 20s are fading fast, thanks to millennials,” Samantha says. “This generation is less likely to settle down immediately post-college, since the time is ripe for career development. At this point, [millennials] have a strong sense of self and are ready to find someone who accepts them as they are.”

Wedding coordinator Bianca Hendricks has observed a similar pattern of slower, more deliberate consideration among young couples. “Millennials are taking their time,” she says. “They’re college-educated, get a job after school, and are living at home longer. They believe they’re taking the time to get to know one another and live together. They do research when it comes to making major life decisions.” Absolutely.

Regardless of the why, we’re certainly happy to be part of the declining divorce rate. With a lot of love, more thoughtful decision-making, and a little luck, we’ll (fingers crossed) see it continue in the years to come.

Why do you think millennials are good at marriage? Tweet us @BritandCo!

Alli Hoff Kosik
Alli Hoff Kosik is a freelance writer who is passionate about reading, running, rainbow sprinkles, her lipstick collection, watching embarrassing reality TV, and drinking pink wine. She lives in Brooklyn with her husband and (in her dreams, at least) three golden retriever puppies. Listen to her talk books on The SSR Podcast.
marriage
Relationships
marriage Relationship Advice study
More From Relationships