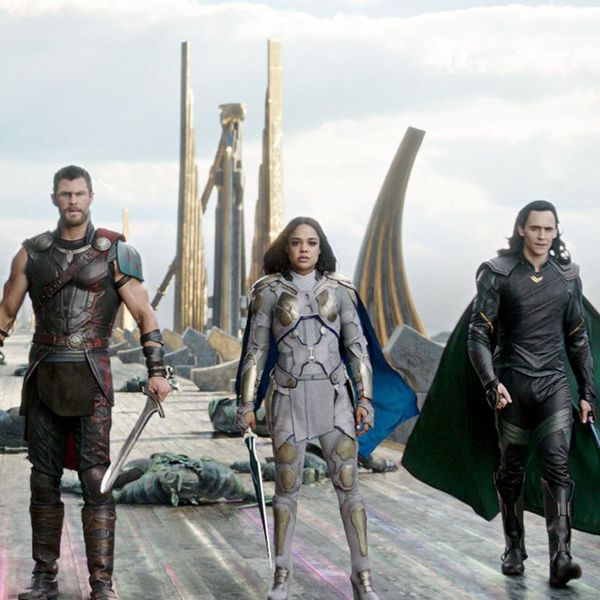 The Marvel Cinematic Universe is on its way to becoming more inclusive. Marvel Studios president Kevin Feige revealed in a recent interview that future films will feature at least two LGBTQ+ characters — and one of them is someone we already know.

While speaking with The Playlist, Feige was asked there’s a plan for the MCU to feature a “gay, bi, LGBTQ, out” character. “Yes,” he answered simply, remaining tight-lipped on further details. When pressed on whether it would be a new character (as opposed to someone we already know), he gave an equally guarded answer of “both.”

Okay, what?! “Both ones you’ve seen and ones you haven’t seen,” Feige continued, confirming that more than one LGBTQ+ character could appear in the near future.

Actress Tessa Thompson, who played Valkyrie in Thor: Ragnarok, recently confirmed that, like in the comics, her character is bisexual. The on-screen representation was ultimately cut from the film, but she could be the “known” character Feige was referring to. (Or not.)

The MCU has slowly been moving toward more inclusivity and diversity on-screen in recent years. Blockbuster phenomenon Black Panther was the first superhero film to feature an African hero, an almost all-Black cast, and a Black writer and director. And next year’s Captain Marvel, starring Brie Larson, will be its first title with a solo female lead. The women of the MCU have even suggested an all-female Avengers-style movie, and Feige told Screen Rant that, eventually, more than half of Marvel’s heroes will be women. We’ll be waiting!

Are you happy to see the MCU becoming more representative? Let us know @BritandCo!