‘The Marvelous Mrs. Maisel’ Episode 5 Recap: Midge Gets Her First Taste of Failure 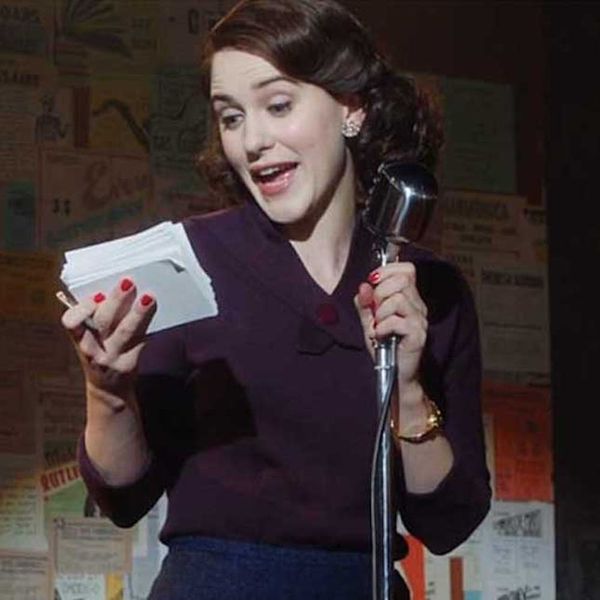 If you had asked me at the start of The Marvelous Mrs. Maisel when Midge would have her first bombing experience on stage, I would have said near the end of the season, perhaps in the finale, so that she could triumphantly rebound from that to end the season. Or perhaps not — perhaps it would be the cliffhanger for season 2, leaving Midge wondering if she’s cut out for comedy.

But Amy Sherman-Palladino and Co. decided to plunk the first (and the second) bombs in episode five, hilariously titled “Doink,” which also works. I just thought Midge would have a smidge more success before she bombed. Either way, it’s an important lesson to learn for any comedian, but especially Midge. Everyone bombs. Everyone. And it’s especially important for her because she’s a person who has basically never failed at anything in her entire life.

Some of that is due to the immense privilege Midge was born into, but some of that is also due to her natural wit, charisma, brains, and drive to succeed. She has lived an exceptionally charmed life, which is put on excellent display when she “performs” for the B. Altman employees at a party and admits she never had a “first apartment.” But because of this charmed existence, Midge has absolutely no idea what it feels like to fall on one’s face — and in what is no surprise, she doesn’t like it.

What’s great about having Midge bomb twice in one episode is that she learned two important things about her comedy, because she bombed in two very different ways. The first time, she bombed because she was trying to make jokes about her charmed life. You can’t be “self-deprecating” about how basically great your life is. Even if for her getting a job seems like a brave new world, for most people that’s just life, so that’s not going to fly. She’s either going to have to keep mining her misery for jokes or write more creative material. That’s a huge lesson to learn.

The second lesson isn’t quite as big, but it’s important nonetheless: You have to write your own jokes. Midge knows it’s unacceptable to steal material, but she should also know that having someone try to write material for you is a dicey proposition. That person doesn’t know who you are, so there’s no truth behind the jokes, no matter how many comedy notebook observations the writer can draw from. And good comedy has to come from truth.

Now there’s just the third lesson left, which Midge will have to learn next episode — when you bomb, get up, dust yourself off, and keep going.

I have to say, I could not be less interested in Joel’s life with Penny Pan. I don’t care that his parents don’t like her, I don’t care that his and Midge’s couple friends don’t want to hang out with him and his mistress. I just don’t care. Is this supposed to make us feel bad for Joel? Or simply show us his journey on his way back to Midge? I don’t honestly see them getting back together, so it all just feels kind of pointless to me.

Midge’s parents’ reaction to her getting a job is delightful. I can’t believe Rose (Marin Hinkle) didn’t literally clutch her pearls.

Even if Herb Smith is a total hack, any time Wallace Shawn can be on screen in any project is a win. He’s so great.

Herb: “Definitely the funniest of the Seven Sisters.”