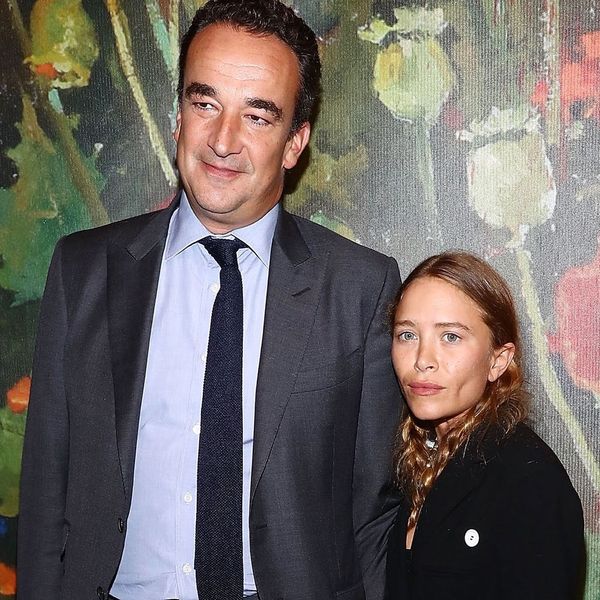 These days, an Olsen twin red carpet sighting is rare in and of its own, but it’s even more rare when it’s on the arm of her husband. Mary-Kate Olsen, who only recently opened up about married life, attended a gala in New York with her husband of two years, Olivier Sarkozy, and in true MK style, she did it her way: in sneakers.

Hand-in-hand with her hubs, who looked plenty dapper in his suit, tie, and shiny loafers, Olsen ditched the heels. Instead, the designer slipped into Alexander McQueen Velcro Sneakers ($529). Honestly, we’d expect nothing less — girl always plays by her own fashion rules, even when pulling bridesmaid duty!

The private couple made their appearance at New York Academy of Art’s Take Home a Nude art party and silent auction at Sotheby’s and featured more than 200 works of art, naked models, and stilt walkers. The last time the public got a glimpse of the two together on the carpet was back in April, for the Youth America Grand Prix (which sister Ashley Olsen also attended).

Would you wear sneakers to a red carpet event? Tell us over @BritandCo.

Nicole Briese
Nicole is the weekend editor for Brit + Co who loves bringing you all the latest buzz. When she's not busy typing away into the wee hours, you can usually find her canoodling with her fur babies, rooting around in a bookstore, or rocking out at a concert of some sort (Guns N' Roses forever!). Check out all her latest musings and past work at nicolebjean.com.
Celebrity Couples
Celeb Style
Celebrity Couples Celebrity Style sneakers