Is This Beauty Ingredient the Next Step in Natural Sun Protection? 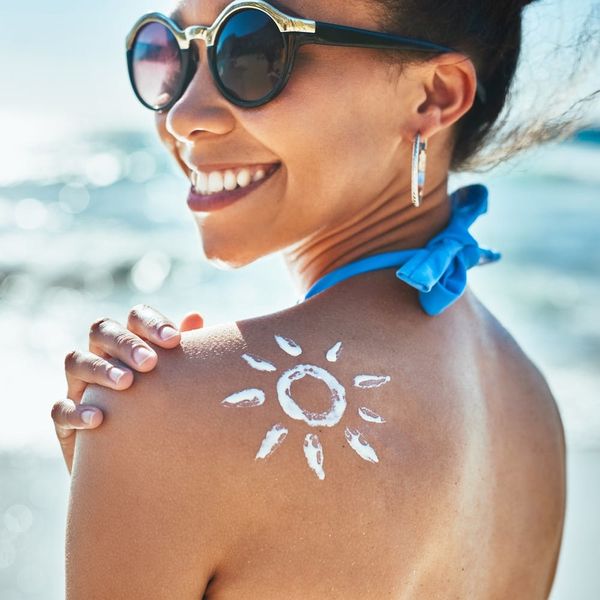 When we shop for our daily dose of sunscreen, we tend to focus on the SPFnumber. But the UV blockers contained within the formula are just as important (if not more so), especially if you’re a person of color. While we have the choice between physical blockers or chemical sunscreens, there’s a new ingredient that might blur the lines between both categories.

Avid beauty buffs might be familiar with meadowfoam oil (AKA limnanthes alba) and its moisturizing and skin-softening properties. The ingredient is also known for its incredible stability when blended with other oils to deliver a steady dose of antioxidants, according to Debra Jaliman, board-certified dermatologist and assistant professor of dermatology at Icahn School of Medicine at Mount Sinai.

But a recent study published in Frontiers in Pharmacology found that meadowfoam might also be the key to protecting our skin against damaging UV rays, thanks to the photoprotective properties of glucolimnanthin that’s found in the seed meal. The team exposed samples of 3D human skin reconstructed in vitro with UVB radiation, which the Skin Cancer Foundation says play a key role in skin cancer development, before treating them with the meadowfoam compounds. They found that the compounds limited the damage the samples sustained from the UV rays, resulting in a reduced number of precancerous cells. It also helped slow down skin aging by preventing the breakdown of collagen.

“DNA damage is the precursor to [skin cancer], and [meadowfoam] reduce[s] that damage, which means improved skin health and reduced cancer risk,” says Arup Indra, associate professor of pharmaceutical sciences and one of the co-authors of the study. “The findings show a tremendous potential for utility in skin care products.”

This could cause a shakeup on the sunscreen shelves, as the results suggest that meadowfoam might be a new natural blocker that could easily be blended with formulas we’re already familiar with or even work on its own in the future. “Because it’s an oil from a plant and extremely stable, you could mix it with a physical or chemical blocker,” Jaliman says, noting that it might lean more towards the side of physical blockers. Plus since meadowfoam isn’t a mineral, it’s less likely to leave a cast like titanium dioxide or zinc oxide, making it another natural option for skin of color.

The It ingredient is already starting to catch on in the sunscreen aisle, as brands like Supergoop have incorporated it into some of its latest launches, including the new Sun-Defying Sunscreen Oil With Meadowfoam ($34). We expect to see more cosmetic companies combine meadowfoam’s hydrating and protective power in the future.

Though the research sounds promising, Jaliman argues that we still need broad-spectrum protection in the meantime to ensure our skin stays safe, no matter the season. “Yes, people should stick to the traditional sunscreens,” she says, recommending physical sunscreens since they block both UVA and UVB rays. “They contain mineral ingredients, such as titanium dioxide or zinc oxide, that sit on top of the skin to deflect and distribute damaging UV rays away from the skin. Chemical sunscreens can be irritating and usually don’t provide protection from both UVA and UVB rays.”

But that doesn’t mean you can’t reap meadowfoam’s other beauty benefits in the meantime. Philosophy Purity Made Simple Ultra-Light Moisturizer ($25) hydrates and softens with the ingredient and leaves skin looking bouncy and dewy. But if you don’t want to switch up your skincare routine right away, Jaliman suggests buying a bottle of the oil itself to incorporate it into what you already own. “You can apply this right after you cleanse and before you moisturize, or you can add a few drops to your moisturizer,” she says, so your skin will stay hydrated and glowy, even under a physical sunscreen.

Valis Vicenty
Valis Vicenty is beauty writer who started swatching lipstick when she was still in diapers (sorry Mom!). Her work has been featured on Refinery29, NewBeauty, and Glam.com, plus she maintains her own beauty and lifestyle blog, Val’s Vanity, where she regularly shares her favorite finds and inspirations. When she’s not scrolling through her social media feeds for an emerging trend or test-driving the newest beauty buy, you can find her binging on comedy specials and classic movies on Netflix, listening to the latest bestseller as an audiobook, or adapting a new recipe to whatever’s in her fridge.
Skincare products
Skincare
Skincare products
More From Skincare