Over 15 States Have Already Confirmed Measles Cases This Year 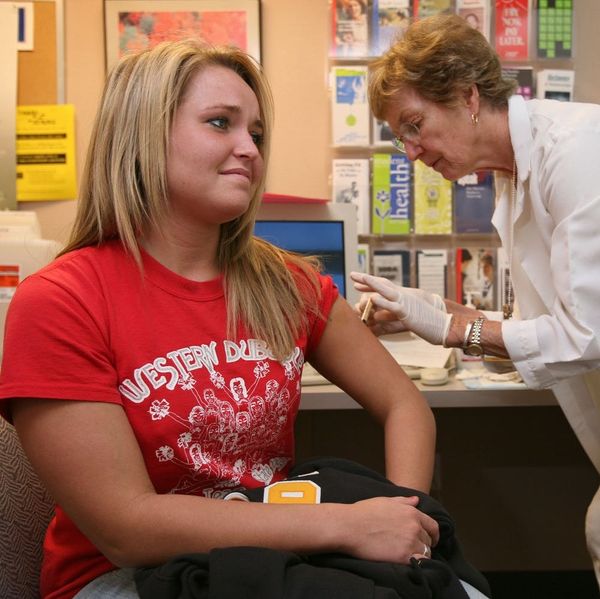 According to new data from the Centers for Disease Control and Prevention (CDC), there have already been more cases of the measles in the first quarter of 2019 than in all of 2018. From January 1 through March 28, the CDC reports that there have been 387 confirmed cases of the measles across 15 US states. Last year, there were 372 cases in total.

Measles is an infectious virus that causes a number of painful symptoms, which may include a red rash, dry cough, fever, and body aches. The virus is most common in kids, but adults can also get the measles and experience the same assortment of symptoms. The infection is highly contagious, and can be spread through exposure to the infected person’s mucus (such as through sneezing or coughing).

Though anyone who’s ever played Oregon Trail will know that the measles were once an omnipresent health concern in the United States, widespread vaccination programs effectively eliminated the virus from the US in the year 2000. Since then, however, the US has seen a number of resurgences in measles cases. Communities with low vaccination rates are most vulnerable.

The CDC specified that the latest measles outbreaks in the US “are linked to travelers who brought measles back from other countries such as Israel, Ukraine, and the Philippines, where large measles outbreaks are occurring.” The CDC is advising travelers to make sure they are vaccinated for the measles before traveling to any of these countries.

While anyone who has not received the MMR vaccination can get the measles, young kids and pregnant people who haven’t been vaccinated are the most vulnerable, according to the World Health Organization. Further, children who get the virus are more likely than adults to die from it.

States are responding accordingly. On March 26, California lawmakers proposed a measure to give public health officials the final word in determining who can opt out of being vaccinated, instead of allowing local doctors to make the call. The Associated Press reports that advocates hope the initiative will nix “bogus exemptions.”

A day later, on March 27, New York’s Rockland County took the radical step of banning unvaccinated minors from public places in an effort to contain a measles outbreak that has been raging since October, CNN reports. Rockland County has confirmed 153 measles cases in the outbreak, so far.

RELATED: Preventable Diseases Are on the Rise in the US, But Don’t Blame Immigrants

Elizabeth King
Elizabeth King is a politics, history, and culture writer based in the Twin Cities. She is generally pretty cranky but still enjoys traveling, music from the early 2000's, and plotting the resistance. Feel free to say hi on Twitter at @ekingc or check out some of her work at www.elizabethcking.com.
Controversy
Womens Health
Controversy
More From Womens Health