Four-Fold Measles Increase in Europe Blamed, at Least in Part, on Anti-Vaxxers 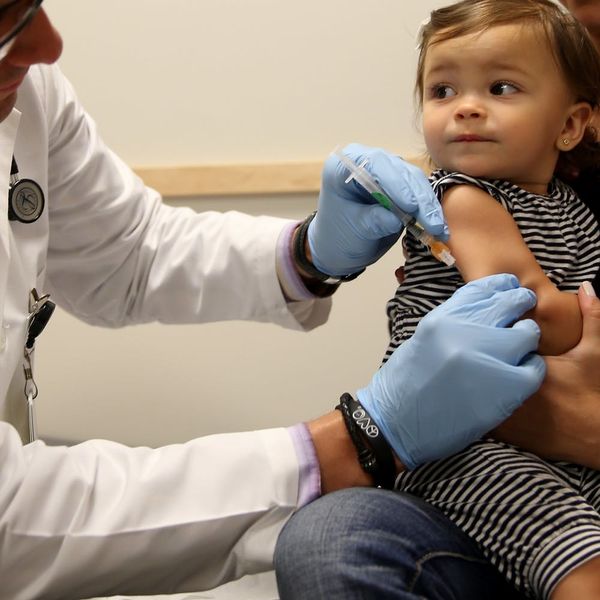 Measles has made a resurgence in Europe, with 21,315 cases in 2017 — almost four times as many as the year before. Officials at the World Health Organization say the increase is due at least in part to declines in overall immunization coverage.

A now widely discredited study released in the late ‘90s purported a link between the MMR vaccine (measles, mumps, rubella) and autism. Though a wide body of scientific evidence has proven those claims to be untrue, there are still parents reluctant to immunize their children against potentially deadly diseases like measles.

In Italy, children under 12 must be immunized before they are allowed to attend public school, a controversial measure that may be up for debate as the national election nears. According to NPR, the parents of students sent to school unimmunized can face a fine of up to $8,380.

“Every new person affected by measles in Europe reminds us that unvaccinated children and adults, regardless of where they live, remain at risk of catching the disease and spreading it to others who may not be able to get vaccinated,” said Zsuzsanna Jakab, WHO Regional Director for Europe, in a press release.

Of those infected in 2017, 35 people died. Romania had the highest number of cases with 5562, followed by Italy with 5006, and Ukraine with 4767. WHO officials point out that there are multiple reasons for the surge, including low coverage to marginalized groups — particularly the Roma in Romania — interruptions to vaccine supply, and under-performing disease surveillance systems.

Epidemiologists say an immunization rate of 95 percent is required to prevent outbreaks. In England, 91.6 percent of young children are immunized. In countries like Romania, that rate is much lower.

“Elimination of both measles and rubella is a priority goal that all European countries have firmly committed to, and a cornerstone for achieving the health-related Sustainable Development Goals,” said Dr. Jakab. “This short-term setback cannot deter us from our commitment to be the generation that frees our children from these diseases once and for all.”

Lia Grainger
Lia Grainger is a freelance journalist and reluctant nomad who divides her time between Canada and Spain, weather dependent. She's written for The Atlantic, Reader's Digest, the Toronto Star and other print and online publications, and her work appears in dozens of languages around the world.
Controversy
Current Events
Controversy Womens Health
More From Current Events