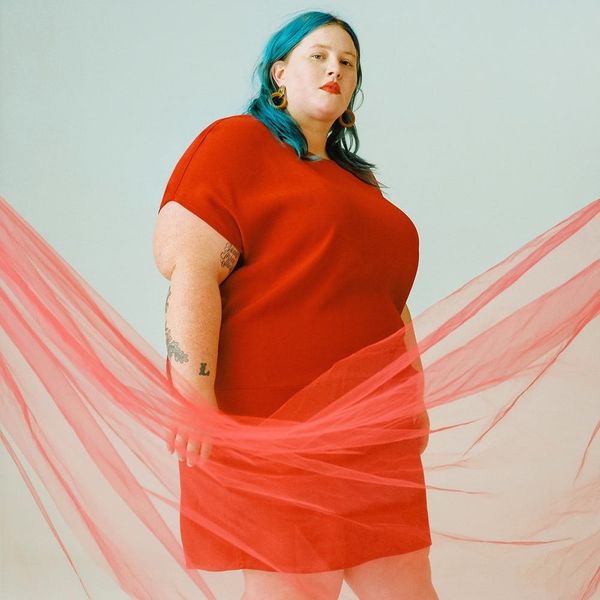 Every Bodycelebrates inclusivity and the representation of human beings in every shape and form.

As the fashion world continues to embrace plus-size brands, models, and consumers, some advocates are now rallying to eliminate talk of body positivity and calling for the end of any sort of distinction between “plus” and “standard” sizing.

Advocates for this shift include Alex Waldman and Polina Veksler, the duo behind New York-based fashion label Universal Standard, which proudly carries sizes 6 to 32 after recently expanding its initial 10 to 28 range to include both bigger and smaller designs.

It may seem counterintuitive — in fact, some fans admitted they were “disappointed” and “a little sad” about the decision — but, as Waldman declares, Universal Standard is “dedicated to obliterating the line that divides women by size. We hope to lead the charge in creating a world where there is no dividing line between sizes and all women can shop from the same rack.”

And it all began with one miserable, if fateful, shopping trip. “I told Polina that I was not going to attend a formal event because I had nothing to wear and she looked at me like I had two heads,” recalls Waldman. So they headed to a 5th Avenue department store where she could prove her point. “I showed Polina the section that catered to my size, among the non-stick pans and throw pillows in the plus-size section — it clicked.”

Shortly after, the pair quit their day jobs, transformed Waldman’s NYC apartment into Universal Standard HQ, and rolled out the brand’s debut collection — despite the fact that neither one of them had any experience in fashion merchandising. Learning to deal with international suppliers proved challenging, but when all was said and done, the ladies had an eight-piece capsule consisting of chic, modern essentials they loved. As did their fellow fashionistas.

The whole thing sold out in six days and every item came complete with a one-of-a-kind policy dubbed Fit Liberty Replacement (FLR). Basically, if shoppers feel that any of their Universal Standard pieces no longer fit within a year of purchase, the brand will happily replace them with the right size… for free.

Hey plus-size industry - your days are numbered... Read the full story on INSIDE right now. Link in bio!

“We saw that women were having a difficult relationship with their reflection in the mirror,” starts Waldman. “They seemed to think of their size as a temporary condition. They were either buying things too small or deferring the pleasure of getting something they really loved because they wanted a ‘better’ version of themselves to have that pleasure. We just wanted to shut up the bully in their head,” she explains.

Moving forward, the brand is hoping to expand even further and become more inclusive than ever by catering to women wearing sizes 0 to 40, all while working toward one ultimate goal: “Erasing the line between ‘us and them.’” Now that’s something we can totally get behind!

What do you think of Universal Standard’s stance on ‘plus-size’? Tweet us @BritandCo.

Barbara Pavone
Barbara Pavone is a pop culture-obsessed writer based in beautiful (but ridiculously cold) Montreal, Canada. When she's not working, she's sipping on a Pimm's Cup and daydreaming about her celebrity hero, Saint West.
Every Body
Body Positivity
Every Body
More From Body Positivity