Meghan Markle’s Former Teachers Reveal What She Was Like Pre-Fame (and Prince Harry!) 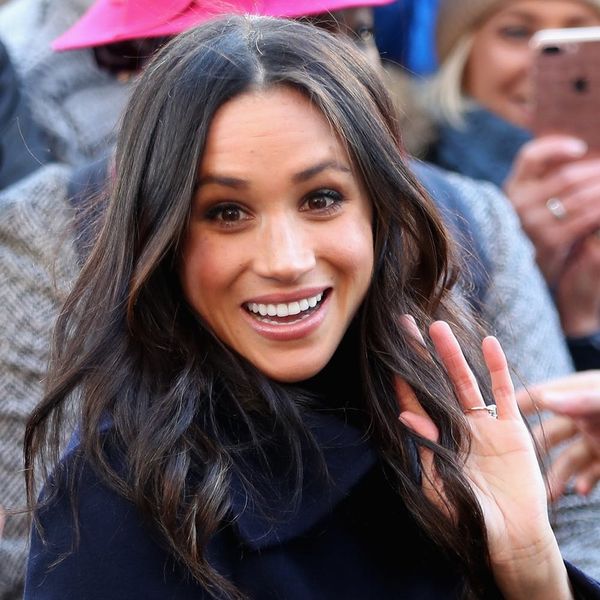 We’ve been swooning over Prince Harry and Meghan Markle’s modern fairytale romance and eating up every wedding detail since the two announced that they’re engaged, but her story obviously goes much further back. ABC’s 20/20 is attempting to tell some of that story by speaking with the soon-to-be bride’s former teachers (and one classmate!) about what she was like before she became famous.

“She had a lot of inner strength. She was spunky. She was feisty,” said Christine Knudsen, who taught one of Markle’s senior elective classes at Immaculate Heart High School, an all-girls school for middle and high school students in LA.

Knudsen added, “She loved to sing. She loved to act, but she also had that depth, which kind of moved into all of her other subjects. And that was what came through in the end.”

Maria Pollia, Markle’s former theology teacher, also has nothing but fond things to say about the almost-royal, telling 20/20, “She was a remarkable student even then. She was very enthusiastic about the material, but always took it a step further. She always was able to go deeper and to really challenge herself, which is something that one looks for and hopes for with students, that they’ll take what you give them and then take it for themselves, make something important for themselves.”

Markle actually mentioned Pollia when she contributed to Samantha Brett and Steph Adams’ book The Game Changers: Success Secrets of 40 Women at the Top. “I started working at a soup kitchen in Skid Row of Los Angeles when I was 13 years old, and the first day I felt really scared,” she wrote. “I was young, and it was rough and raw down there, and though I was with a great volunteer group, I just felt overwhelmed. I remember one of my mentors, Mrs. Maria Pollia, told me that ‘Life is about putting others’ needs [above] your own fears.’ That has always stayed with me.”

Meghan Markle's former teachers, classmates remember her before fame: "She had a lot of inner strength. She was spunky. She was feisty." #ABC2020 https://t.co/r7dFL630kP pic.twitter.com/DdyloKC41G

A former classmate of the Suits alum even pulled out an old yearbook that Harry’s love signed back in 1998, when she was a teacher’s assistant in a drama class with younger students. She wrote, “Dear Catherine, hey beautiful! How are you? I hope you’ve had as much fun getting to know me as I have getting to know you. You were so impressive with your dancing, as you know. Your reassuring smile, continual optimism, and kind ways never change. Call me sometime and we’ll do lunch. Haha! Love, Meghan.” Sounds like the perfect sentiment from a future royal.

As for the current student population of Immaculate Heart High School, Pollia said, “Everyone’s buzzing. So, students are very, very excited, and they’re excited to find out that Christine and I actually knew her and taught her.”

The two teachers also said they’re sure that Markle will be a valuable addition to the royal family. “I am confident that she will use her position in a way that will benefit others,” Pollia raved. “I think that’s part of who she is. And I think that a lot of good will be done in the world thanks to this.”

Will you be watching 20/20’s Meghan Markle special? Let us know @BritandCo!

From Your Site Articles
Desiree O
Desirée O is a ‘Professional Bohemian’ who loves anything and everything related to the arts, entertainment, and pop culture. She ADORES being a ‘Newsy’ for Brit + Co, covering all of the latest tidbits of awesomeness that you want to read about. When she’s not writing, she’s either making messy art, going on long adventurous walks with her camera, or poking around over at bohemianizm (http://www.bohemianizm.com/). You can find out about Desirée O and her work at http://DesireeO.com/ or follow her on Twitter @DesireeO.
Royal Family
Celebrity News
Royal Family
More From Celebrity News