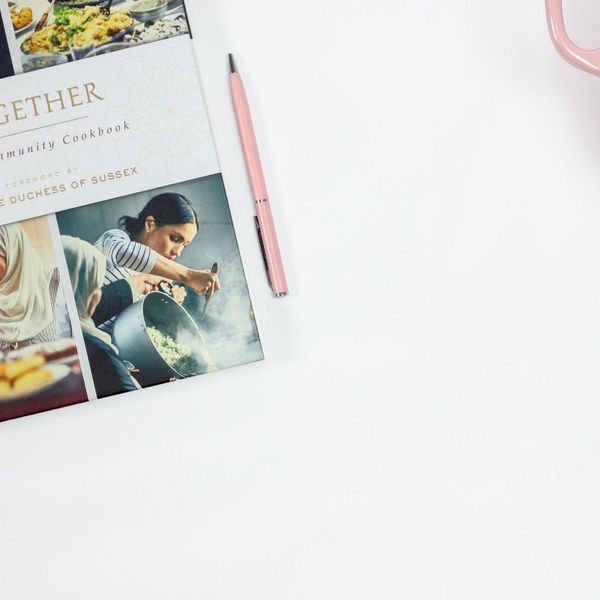 Long before she was a public figure, Meghan Markle strove to make the world a better place for women. Her passion for empowering herself and other women started when she just 11, when she successfully challenged Proctor and Gamble on a sexist commercial for dishwashing soap. Throughout her career as an actor and now on the global stage as a member of the royal family, Markle has continued to demonstrate her feminist leadership. Here are just some of the inspiring ways she does so.

She worked with UN Women. In 2014, Markle became a UN Women ambassador, serving as an Advocate for Political Participation and Leadership with the UN. In a now-famous speech given on International Women's Day in 2015, she spoke powerfully on the importance of gender equality. “Women need a seat at the table, they need an invitation to be seated there, and in some cases, where this is not available, they need to create their own table," she said. “We need a global understanding that we cannot implement change effectively without women's political participation."

She stood up for better representation for women on TV. Before meeting and marrying Prince Harry, Markle was best known for her starring role as Rachel Zane on the USA Network legal drama Suits. In a 2014 One Young World panel discussion on gender equality, Markle opened up about how she shut down sexist scripts during her time on the show. “This season, every script seemed to begin with 'Rachel enters wearing a towel,'" Markle said. “And I said, 'Nope! Not doing it anymore. Not doing it!'" She called the creator of the show and said she would no longer do the gratuitous scenes.

She has been outspoken about the need for diversity on screen. Along with shutting down the male gaze on Suits, Markle, who is biracial, was also vocal about the need for wider representation on screen. In a 2015 essay for Elle, she wrote, “[Suits'] producers weren't looking for someone mixed, nor someone white or Black for that matter. They were simply looking for Rachel. In making a choice like that, the producers helped shift the way pop culture defines beauty. The choices made in these rooms trickle into how viewers see the world, whether they're aware of it or not. Some households may never have had a Black person in their house as a guest, or someone biracial. Well, now there are a lot of us on your TV and in your home with you. And with Suits, specifically, you have Rachel Zane. I couldn't be prouder of that."

She has helped to end menstruation stigma around the world. In January 2017, Markle traveled to Delhi and Mumbai with World Vision to get a firsthand look at how the stigmatization of menstruation and lack of access to proper sanitation hinders young women from pursuing proper education. "To break the cycle of poverty, and to achieve economic growth and sustainability in developing countries, young women need access to education," she wrote in Time. "When we empower girls hungry for education, we cultivate women who are emboldened to effect change within their communities and globally. If that is our dream for them, then the promise of it must begin with us. Period."

She's hands-on in communities that need support. Markle frequently puts her words into action. Case in point: the collaborative fundraising cookbook that she made with survivors of London's Grenfell Tower fire.

She has made women's empowerment a part of her royal engagements. In February 2018, Markle appeared for the first time with Prince Harry, Prince William, and Duchess Kate Middleton at the first annual Royal Foundation Forum in London, and she used the platform to once again speak up for women's rights. “Women don't need to find their voices," she said. “They have a voice. They need to feel empowered to use it, and people need to be encouraged to listen."

She walked herself down the aisle. After Markle's father, Thomas Markle, had to rescind his RSVP to her wedding with Prince Harry at the last minute, she decided to enter St. George's Chapel solo and walk herself halfway down the aisle before meeting up with Prince Charles at the Quire, something no royal bride in the UK had done before. Markle also declined to have a man “give her away" at the altar. Many saw her moves as bold and modern feminist statements within a typically antiquated monarchy.

She made sure to include the “F" word in her official royal bio. Shortly after her May 2018 wedding to Prince Harry, Markle's official bio appeared on the royal family's website. Many were delighted to see her proclaim herself “proud to be a woman and a feminist" in such a formal and traditional outlet.

Her professional life is important to her. "I've never wanted to be a lady who lunches; I've always wanted to be a woman who works," she told Elle UK in 2016.

She fights for better education for women and girls around the world. Markle has long been a fierce proponent of equal education opportunities for young women, and even made the Association of Commonwealth Universities one of her official royal patronages back in January. As recently as February, she and Prince Harry traveled to Morocco, where one of their objectives was to “see work being done to promote girl's education, empower young people, and support children from disadvantaged backgrounds," according to Kensington Palace.

She was outspoken about women's empowerment on her first royal tour. During her first royal tour with Prince Harry at the end of 2018, the duchess gave multiple speeches that touched on the importance of equality for women. In Fiji, she spoke about the vitality of education for women and girls in developing countries, and in New Zealand, she spoke on the occasion of the country's 125th anniversary of women's suffrage. “Suffrage is not simply about the right to vote but also about what that represents: the basic and fundamental human right of being able to participate in the choices for your future and that of your community," she said. “The involvement and voice that allows you to be a part of the very world that you are a part of."

How does Meghan Markle inspire you? Let us know @BritandCo!