10 Reasons Meghan Markle Is the Modern Royal We Need 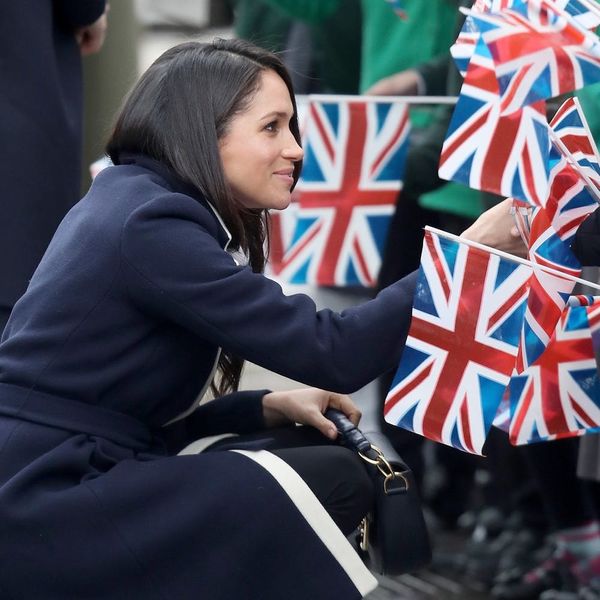 It’s been 80 years since King Edward VIII abdicated the throne to marry his love — 40-year-old, twice-divorced American socialite Wallis Simpson — and in the intervening years, a lot has changed for the royal family, including a loosening of the rules around who can marry into it.

When Prince William wed Kate Middleton in 2011, the British tabloids couldn’t get over the fact that Middleton was a “commoner.” With Prince Harry’s introduction of his fiancée, Meghan Markle, just six short years later, it’s easy to see how much the royals, and a lot of their fans, have changed.

The PDA-friendly couple have already broken a few long-standing royal traditions, and they’re putting their own spin on the royal wedding, too. (No fruitcake!) Markle obviously isn’t changing the monarchy single-handedly — the royals have evolved on their own over time — but she’s been a breath of fresh air, nonetheless. Here are 10 reasons she’s the modern royal we need now, more than ever.

1. She’s a feminist. Markle has made no secret of her feminism — a passion that started when she was a child. Last year, a video surfaced of the former actress telling a crowd about how, as an 11-year-old, she successfully lobbied Proctor and Gamble to change a sexist advertisement for dishwashing soap. More recently, she was an advocate for UN Women. And her feminism has carried over into her royal life, too: This year, she told a well-wisher that Prince Harry is a feminist, too.

2. She has her own sense of style. Markle isn’t limited by old, stodgy ideas about what royals should wear and how they should wear it. She dresses for the occasion, but she also brings her own style to London. Whether going bare-legged or wearing her signature cross-body bags, Markle stays true to her sartorial self.

3. She’s not from the UK. When word broke that King Edward VIII’s love was American, newspapers had a field day tearing Wallis Simpson apart. Tongues wagged when Prince Harry announced his engagement, too, but Harry won’t have to give up his title to marry his bride. And if Markle receives a title with “Her Royal Highness” in it — similar to Duchess Kate, whose full title is Her Royal Highness, The Duchess of Cambridge — she’ll be the first American with an “HRH” from the British monarchy.

4. She’s biracial. Markle’s identity as a biracial woman can’t be overlooked when we’re talking about dragging the royal family into the 21st century. For generations, the British monarchy has been a symbol of colonial power and birthright privilege. Markle has faced some racism from both the public and the press since her engagement to Prince Harry, but their marriage could change the narrative going forward.

5. Her humanitarian work is exciting. Although she had to resign from the UN and World Vision Canada because of her new relationship with the royal family, Markle will continue to use her position to further causes that are important to her. Besides her devotion to feminism, Markle and Prince Harry have chosen seven charities that fans can donate to in lieu of sending wedding gifts. And if their choices are any indication, her passion for creating change is only getting stronger.

6. She’s well-traveled. Through her previous philanthropic work with the UN and World Vision Canada, Markle was able to travel the globe to learn about other cultures. With World Vision in particular, the former actress traveled extensively throughout various African countries and India, engaging with local residents and activists to advocate for improved access to clean water, education, and other important resources.

7. She’s already well-versed in international affairs. In addition to experience with humanitarian work, Markle has a degree in International Relations. She even worked for the US Consular Corps at the Embassy in Buenos Aires in Argentina during her senior year in college. (She told Marie Claire she “thought for sure” she would have a career in politics.) She also met with world leaders as a UN advocate for women as recently as 2015.

8. She’s had her own career. Many chided Markle for “giving up” her acting career when she got engaged, but even the fact that she had a career means she knows more about the “real” world than most of the royal family. (Also, she planned her departure from Suits well before Harry proposed.) Her decision to quit acting wasn’t about relegating her desires to the background; it was about empowering herself to focus on her other passions — namely, her humanitarian work.

9. She understands celebrity. Markle’s relationship with Prince Harry certainly boosted her name recognition, but as an actress, she knows how to handle being thrust into the spotlight. British tabloid culture is an entire industry in and of itself, but years in Hollywood can train even the most gentle person to deflect bad press.

10. She’s fun — and funny. Back in 2016, Markle made an appearance on the UK show Dave, where her knowledge of the UK was comedically put to the test. Although at the time her knowledge of British slang wasn’t quite up to snuff, Markle took it in stride, jokingly saying, “I think I was the worst at this game.”

Are you excited that Meghan Markle is joining the royal family? Let us know @BritandCo!