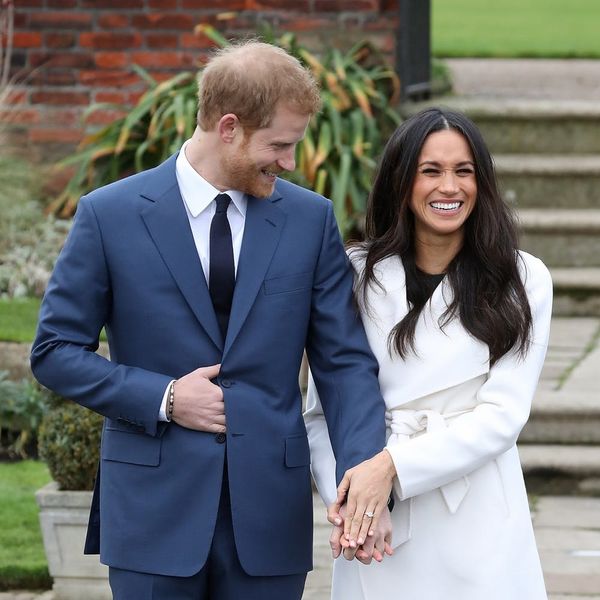 Ever since Meghan Markle and Prince Harry announced their engagement, the former actress has been busy shaking up royal customs and expectations. Not only did the family break tradition for her over the holidays, but she’s also writing her own rules, style-wise. And now there are reports that she may sidestep convention once again at her upcoming wedding.

According to The Sunday Times, the bride-to-be intends to give a speech at the wedding. And while speeches are definitely an important part of English receptions, they are traditionally given by the groom, the best man, and the father of the bride, according to the UK’s Brides magazine.

Per the Times, however, Markle (a feminist queen who’s marrying a feminist prince) wants to say a few words on her big day.

There are a few reasons she might choose to break tradition. The Times notes, for example, that her father, Thomas, may opt not to address guests, in which case she would speak in his place. (We wouldn’t blame him — it can’t be easy to give a speech at an event that will see so many senior royals present. Not to mention the fact that the speeches will receive coverage from all over the world. Talk about pressure!)

It’s also possible, though, that the 36-year-old simply wants to modernize her wedding and thank guests on her own behalf.

Whatever the reason, if she does make a speech when she says “I do” to Prince Harry on May 19, we’ll be excited to hear what she has to say.

What do you think about the fact that Meghan Markle may make a speech at her royal wedding? Let us know @BritandCo!

Desiree O
Desirée O is a ‘Professional Bohemian’ who loves anything and everything related to the arts, entertainment, and pop culture. She ADORES being a ‘Newsy’ for Brit + Co, covering all of the latest tidbits of awesomeness that you want to read about. When she’s not writing, she’s either making messy art, going on long adventurous walks with her camera, or poking around over at bohemianizm (http://www.bohemianizm.com/). You can find out about Desirée O and her work at http://DesireeO.com/ or follow her on Twitter @DesireeO.
Royal Family
Celebrity News
Royal Family Royal Wedding
More From Celebrity News