6 Millennials Open Up About Their Second Jobs 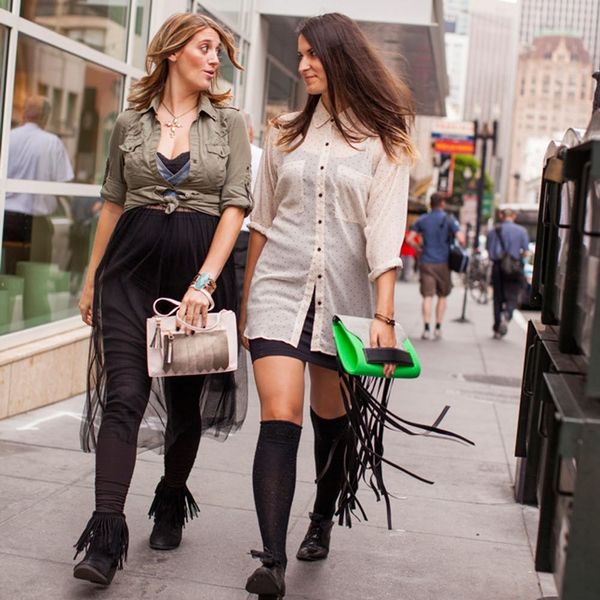 As of this year, Millennials have become the largest generation in the US labor force, according to recent data from the Pew Research Center. Another, less exciting fun fact: Student loan debt in the United States has increased by a staggering $930 billion since the first quarter of 2004, currently totaling about $1.19 trillion, according to the Federal Reserve Bank of New York. This means student debt is now the biggest source of non-housing debt in the US, so it might not come as a surprise that many Millennials have been forced to work double-time, juggling a full-time job and a second, part-time gig just to pay the bills. Some Millennials keep it a secret — not wanting to admit that one hard-earned paycheck isn’t enough to make ends meet — but we’re here to tell you that you aren’t alone. Below, six Millennials share the side jobs that bring in extra cash — and in some cases, have made enough to streamline their schedule.

1. Bartender: “I was a banker working on the Upper East Side by day, bartender by night. Contrary to popular belief, retail bankers do not make a lot of money, so many of my colleagues were holding down two jobs. After closing up for the night, I would quickly change into another outfit to bartend. I kept it secret from my parents because I come from a family of professionals and entrepreneurs, and feared that if they found out I was in a service position to supplement my banking income (a job that college should have financially prepared me for), then it would be clear that a career in finances was the wrong choice. Bartending was the only way to chip away at massive student loan debt, while still paying rent and living expenses in New York. In seven years, I was able to pay off approximately $140,000 in student loan debt. I’m happy to report that I stopped bartending as of this summer because I’ve paid off all my loans!” — Corina, 29, New York City

2. Dog Sitter: “I actually started dog sitting as a side job for a friend who was in a pinch — she was a dog sitter and had a family emergency, so I covered for her. It ended up being great money and super easy because I’m an animal lover (with my own golden retriever, Rocky!), so taking care of dogs is second nature to me. Helping my friend out every couple of weeks is totally worth the extra cash for groceries and saving for big-ticket items!” — Allison, 29, Stamford, Conn.

3. Confidence Coach: “I’m a licensed independent clinical social worker at a school, working with students ages 9 – 21 with intensive emotional and behavioral disorders. In addition to classroom social skills groups and individual therapy, I also conduct behavior consultations with teachers. On the side, I’m a confidence coach for Millennial women. (I noticed this confidence issue with my friends: highly-educated, ambitious 20- and 30-something women who lacked the confidence to explore new territory in their career or relationships, or even speak up at work.) I have $65,000 in student loan debt, so all of my coaching revenue is used to pay back my student loans and reinvest in my business. And juggling a full-time job with coaching means I have to dedicate nearly all of my free time to ensure a valuable service for my customers. I believe the more successful they are as a result of my coaching, the more successful I will be with my future business!” — Felicia, 29, Providence, R.I.

4. Foreign Policy Writer: “I work for an unfunded San Francisco Bay Area startup, and secretly write foreign policy articles to get by. I am paid below market price with unpaid vacations, and also have to pay for my own healthcare. Unfortunately, living with my parents is a requirement. So, I write articles about foreign policy and international issues and sometimes use my work hours to do so. I try to do as much as I can outside of work, but sometimes I have to perform interviews during work hours. Even though the articles don’t pay much, they don’t require more than a few hours of work, and I think the money is worth the extra time.” — Casey, 26, San Francisco

5. Wine Promoter: “I’m an e-learning instructional designer at a financial services institution; however, on the side, I’m also a wine representative. I started working for a marketing company promoting wine in stores and events during college to earn extra money for living expenses, utilities and groceries. I continued after graduating because I fell in love with helping people pick out wine — and it’s flexible, so I can choose the weekends I want to work. Plus, the added perks (tons of free wine!) are an awesome bonus. I make about $300-$500 per month depending on the season, which now goes toward student loan payments. However, once in a while, I’m able to put it toward ‘fun’ expenses like concert tickets, restaurants, clothes, books and gadgets. ” — Brittany, 29 Minneapolis, Minn.

6. Bar Trivia Host: “I am a marketing director at a healthcare chain, yet I still need to host bar trivia on the side to make ends meet. I wish I didn’t have to, but the extra $500 is much needed. I use it to pay for clothing and all the things that go along with networking and attending events (such as fees and drinks). In a somewhat high-profile job, I also need to keep up my wardrobe and appearance. Without the extra money, I would only have enough income to cover my basic bills, such as my car, student loans, credit cards and rent.” — Matthew, 30, Boston

Do you work a second job? How do you save extra cash? Share your thoughts in the comment section below.

This post was originally published on Levo League by Tiffany Teng.