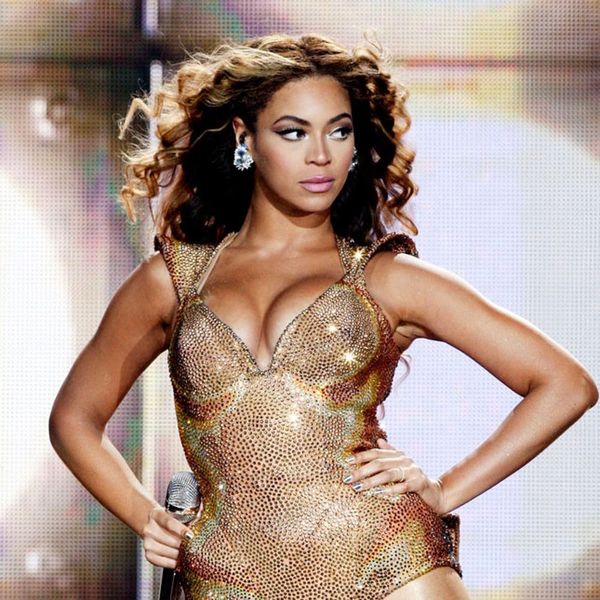 Mark Zuckerberg once told a group of young entrepreneurs at Y Combinator’s Startup School in Palo Alto that it’s risky not to take chances. “In a world that’s changing really quickly, the only strategy that is guaranteed to fail is not taking risks,” he said. And it seems he was right: If we’ve learned nothing else from the most successful professionals of the world (like, you know, Zuckerberg himself), we’ve learned that taking great risks can reap great rewards. Whether you’re wanting to start your own business or hoping to switch industries entirely, read on to learn more about these seven famous people who took big career risks and never looked back.

1. Beyoncé: When Beyoncé dropped her surprise, self-titled album at the end of 2013, we cried tears of happiness and stayed up all night dancing to our new favorite song, “Drunk in Love.” Queen Bey, however, was terrified of what feedback she might receive, and rightfully so — dropping an entire album at once without any prior promotion is a big risk, even if you are Beyoncé. (The Harvard Business School even did a case study on the subject!) Naturally, though, the singer’s album was huge, and Beyoncé went down as one of the most fabulous risk-takers in history.

2. Elon Musk: When you make millions on an internet company like PayPal, the world generally expects you to, well, create and make more millions on another internet company. But Elon Musk’s dreams lay elsewhere. Rather than follow a more conventional career path, Musk took the money he had made at PayPal and invested it in two of his own highly innovative startups, SpaceX and Tesla. Though his attempt at operating these two ventures at once nearly sent both companies into bankruptcy, it seems to have ultimately paid off — today, both SpaceX and Tesla thrive.

3. Christene Barberich: Christene Barberich is living proof that taking your big idea to the next level is totally possible. When she first met with her co-founders in 2004 to discuss an idea they had for a style-minded website, the Internet was still greatly evolving. (In fact, Facebook had only been brought to life a year prior!) But Barberich was intrigued, and one year later, she left behind her stable job at Condé Nast to pursue making Refinery29 a reality full-time. It might have been a big risk, but this #girlboss never looked back.

4. Sylvester Stallone: With a baby on the way and too little money to pay the rent on his Hollywood apartment, Sylvester Stallone sat down and wrote the screenplay for Rocky in less than four days. Producers loved it and offered him big bucks to bring the story to life, but Stallone, as down-and-out as he was, refused to take any offer if he wasn’t allowed to play the lead role in the film. His stubborn attitude landed him a far smaller paycheck than what he could have earned for his screenplay, but the risk was well worth the reward: Rocky ultimately ended up pulling in millions of dollars and skyrocketing Sly to fame.

5. Vera Wang: Making a big career switch can be scary, but it can also be incredibly rewarding. Just ask Vera Wang: When, as a young competitive figure skater, she didn’t make the 1968 U.S. Olympic team, she pursued a career in magazine editing. Then when she didn’t nab the spot for Vogue editor-in-chief, she went on to work as the design director for accessories at Ralph Lauren. Her newfound career in fashion (coupled with a dissatisfaction with the less-than-stylish dresses available when she was planning her own wedding) led to her ultimate pursuit of a career in bridal fashion design. And today? She’s one of the biggest names in the business.

6. J.K. Rowling: It’s hard to believe that publishing Harry Potter was ever considered to be a “risk,” but J.K. Rowling’s struggle to find someone who believed in the book as much as she did was a tough one. Even as a single mother living on welfare, though, Rowling wouldn’t let any number of rejection letters stand in her way. She refused to stop believing in the work she had created. One year after landing an agent, she finally got the call: Harry Potter and the Philosopher’s Stone was to be published by Bloomsbury Publishing in London. The rest of Harry’s (and Rowling’s!) story is history!

7. Bill Gates: After two years at Harvard, a young Bill Gates took a risk that would end up giving way to the rest of his (wildly successful) career: He dropped out of college to found Microsoft. Today, Harvard’s most successful dropout makes a point of urging students to stay in school (“getting a degree is a much surer path to success,” he’s said), but the idea behind his decision to drop out is still the same: Sometimes, a great risk reaps great reward.

Have you taken any big leaps of faith in your career? Tweet us @BritandCo to tell us all about it!

This post was previously published on Levo League by Heather Finn.