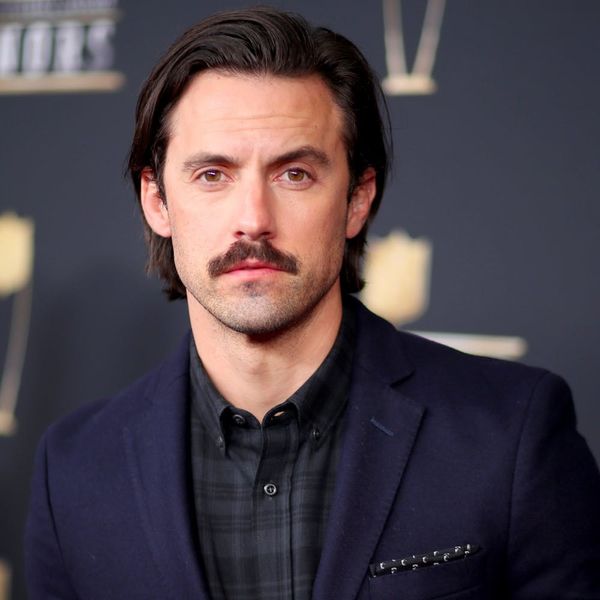 Just when we think The Marvelous Mrs. Maisel can’t get any better, the show’s creator, Gilmore Girls showrunner Amy Sherman-Palladino, teases us with the possibility of an appearance from one of our favorite former Stars Hollow residents: Milo Ventimiglia.

Ventimiglia played Jess Mariano on Gilmore Girls from 2001 to 2006, and again in the 2016 revival, and he and Sherman-Palladino have remained close through the years. Asked whether they might reunite on The Marvelous Mrs. Maisel, Sherman-Palladino told Variety, “Don’t think it has not been discussed!”

She won’t bring him on for just any role, though. “It’s got to be the right part,” she said. “It can’t be just a cameo. It’s got to have some meat to it.”

She also noted that his current role as Jack Pearson on This Is Us is an obstacle, especially since Mrs. Maisel takes place in an earlier era. “It’s also got to be a time when he can shave and cut his hair into a 1950s-period look,” she explained. “But the reuniting will definitely happen.”

The second season of The Marvelous Mrs. Maisel is expected to premiere on Amazon Prime later this year, and from the looks of the trailer, Midge (Rachel Brosnahan) is going to be broadening her horizons in a variety of ways. She might even dip her toe back into the dating scene. We’ll have to wait to see what comes of her adventures, but if she’s still single in season 3, we wouldn’t mind seeing Ventimiglia as a potential love interest.

The This Is Us star, for his part, would happily take any opportunity to work with Sherman-Palladino and her husband, Daniel Palladino. “I liked Dan and Amy when I first met them, and I was a fan,” he told Variety. “Now I love them, even to the point where I’m like, ‘Hey guys, do you need somebody to sweep the floors on Maisel? I’m in. You need someone to make sandwiches? I can do that, too.’ I just want to hang out with you guys.”

Would you like to see Milo Ventimiglia on The Marvelous Mrs. Maisel? Let us know @BritandCo!