‘The Marvelous Mrs. Maisel’ Is Just as Marvelous as Ever in This Season 2 Trailer 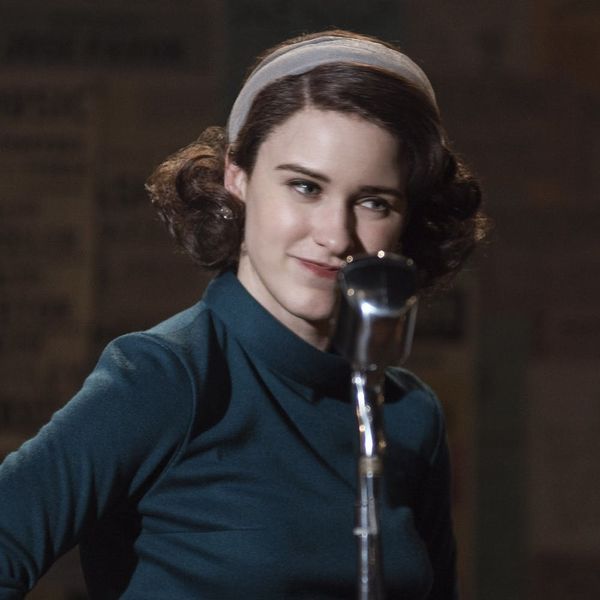 “So, are you dating?” Rose (Marin Hinkle) asks her daughter Midge (Rachel Brosnahan) in the first moments of the season 2 trailer for The Marvelous Mrs. Maisel. Midge’s surprised reaction doesn’t give away much about her love life, but the rest of the trailer is all about her putting herself out there in a variety of new and, yes, marvelous ways.

As Judy Garland’s “Get Happy” plays in the background, the trailer flits from quick cut to quick cut — each scene showing the titular Mrs. Maisel, AKA “The Mad Divorcee of the Upper West Side,” living it up as a newly single mother and budding comedienne. We see her at work in the department store, at the diner with her manager Susie (Alex Borstein), screaming in a car, performing onstage in a club — “If that’s a deterrent for nuclear war, I don’t know what is” — and then giddily announcing a trip to the Catskills.

It’s hard to discern any real plot details, but it’s clear she’s still finding her feet — sometimes literally, as she takes to the dance floor — after the blowup of her marriage last season. Luckily for her, Susie is there to offer her support and advice, like the ever-versatile “Tits up.”

The Amazon series earned 14 Emmy nominations this year, including nods for outstanding comedy, directing, and writing, as well as recognition in acting categories for Brosnahan, Borstein, and Tony Shalhoub.

In order to promote the show during awards season, the streaming service is planning “Marvelous Mondays” on August 13, 20, and 27, which will see Midge Maisel look-alikes wandering around LA with giveaways for fans. There will also be an outdoor screening of two episodes from season 1 and a sneak peek of season 2 on August 9 at the Hollywood Forever cemetery.

This follows an earlier campaign in March, when the show erected two billboards outside Hollywood that featured a special hotline number. Callers who dialed the number would find a live person on the line, in character as someone from the show, who would forward fans to a clip of one of Midge’s stand-up routines.

Season 2 of The Marvelous Mrs. Maisel is expected to premiere on Amazon Prime later this year.

What would you love to see happen in the second season of Marvelous Mrs. Maisel? Let us know @BritandCo!

Desiree O
Desirée O is a ‘Professional Bohemian’ who loves anything and everything related to the arts, entertainment, and pop culture. She ADORES being a ‘Newsy’ for Brit + Co, covering all of the latest tidbits of awesomeness that you want to read about. When she’s not writing, she’s either making messy art, going on long adventurous walks with her camera, or poking around over at bohemianizm (http://www.bohemianizm.com/). You can find out about Desirée O and her work at http://DesireeO.com/ or follow her on Twitter @DesireeO.
Fall TV
TV
Fall TV Streaming TV